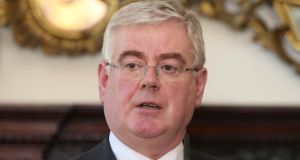 The US diplomat trying to resolve Northern Ireland’s issues of the past faces a “big challenge” addressing the concerns of survivors and victims of atrocities seeking answers about those attacks, Tánaiste Eamon Gilmore said.

Speaking after meeting the chair of the North’s all-party talks Dr Richard Haass in New York yesterday, Mr Gilmore said the former special envoy to Northern Ireland would have to explore how to respond to survivors seeking “some formal mechanism” to tackle unanswered questions about the atrocities.

“There are cases of people who suffered loss. They simply want to find out what happened . . . find as much information as they can. What kind of process do you need to have to deal with that?” he said.

The Minister for Foreign Affairs and Trade said that the Government’s position was that there was “no hierarchy of victims” in Northern Ireland and that there could not be “an order of priority” in the process to help survivors and relatives of the victims seek the truth behind atrocities of the Troubles.

Families of the victims of the 1998 Omagh bombing plan to take a legal challenge to a decision by Northern Secretary Theresa Villiers earlier this month to reject a public inquiry into the atrocity that claimed 29 lives including a woman pregnant with twins.

Dr Haass held the first round of talks with the North’s main political parties earlier this month as he seeks to find a resolution to problems relating to parades, flags and other legacy issues.

Mr Gilmore, who is in New York to attend the United Nations general assembly, said that the US diplomat was engaged in a “listening exercise” with all the parties at this stage.

“He is very conscious of the need to hear from a wide spectrum of public opinion in Northern Ireland, and that is something I would encourage him to do,” he said.

The Minister said that he would meet Dr Haass again on a visit to Dublin at the end of October to discuss progress made on the talks.