In the harsh reality of politics, which camp should the SDLP occupy? 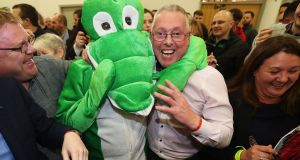 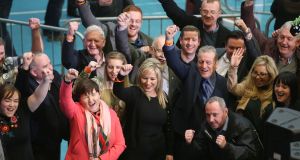 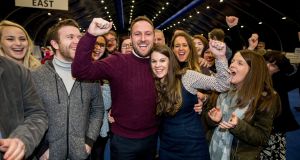 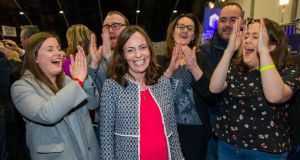 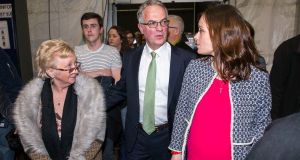 SDLP member Margaret Walsh, Alex Attwood (who was not elected) and Nicola Mallon (who was) in Belfast. 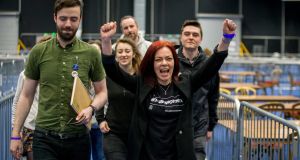 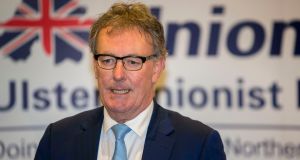 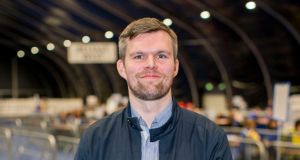 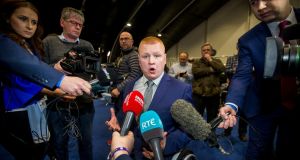 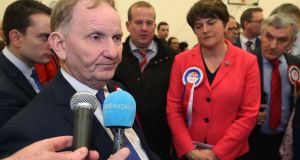 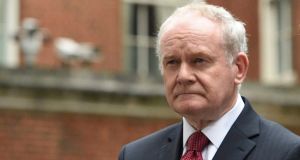 The obvious big winners of this election. Their vote share increased by almost 4 per cent and, at 27 seats, they came within one seat of equalling the haul of the DUP. Some thought there was artifice in the way they walked from government but its argument of not wanting to play second fiddle, or not being accorded respect, had huge purchase with nationalist voters.

For the first time, the party out-polled its SDLP rivals in all the main constituencies for the two parties. The party goes into negotiations on Monday with a considerably strengthened hand and an incontrovertible mandate.

Alliance got its highest vote share in over 30 years, with over a 2 per cent gain in first preference votes. It was a huge vindication for Naomi Long, who succeeded in taking two of the five seats in her own home turf of East Belfast. There is feedback to suggest that moderate unionists plumped for the Alliance over the Ulster Unionist Party.

The evidence of this election is clear. The moment of acceptance for cross-community transfers has not yet arrived, although there it is clear that they assisted the SDLP in Upper Bann and in the Lagan Valley.

The second nationalist party has the distinction of appearing on both the winners and losers column, for reasons that will be explained. In early afternoon, the party looked like it was on a steep downward trajectory. Its high-profile MLA in West Belfast Alex Attwood – one of the party’s leading strategic thinkers – was its first casualty being knocked out early. And Richie McPhillips followed soon after in Fermanagh-South Tyrone.

But then in a remarkable late surge late at night the party stuck, picking up transfers to win seats in East Derry for John Dallat and Pat Catney taking a surprise seat in Lagan Valley. Despite its early woes, the party ended up with 12 seats, the same amount as it had. With the Assembly being reduced from 108 to 90, ironically it was the biggest net winner of seats along with the Alliance and the Greens.

In an election where the centre was squeezed, and where Independents and smaller parties were ignored by voters, it was the Greens who managed to keep their head above the water. Both of its candidates had uncomfortable journeys at the count but both managed to just make it in and take the last seat.

In North Down party leader Stephen Agnew took the last seat out of five. And in the marathon that South Belfast turned out to be, its 10-month MLA Clare Bailey emerged as the person to take the very last seat out of 90, surviving a late scare when a Ulster Unionist rival looked like he might threaten her lead.

There were many individual successes in this election, but none more so than the politician who led the party for so long in the North. McGuinness, who is battling serious illness, was not visible this weekend but had an unseen presence that loomed large over the Sinn Féin performance. His decision to leave his sickbed and resign his position was vindicated by his party’s performance.

It’s clear the “let’s do this for Martin” campaign cry galvanised the party’s base, which had shown signs of drifting in recent weeks. His successor Michelle O’Neill has been polished and seamless but for now, to borrow a phrase, he has not gone away you know. That effect was to be seen in his own constituency of Foyle, where his party outperformed the SDLP for the first time.

Unionism as a whole was a loser. It is a toss-up to decide which of the DUP or UUP was the biggest loser. In the end, it’s the UUP because as of now it does not have a leader. Mike Nesbitt’s unilateral decision to ask UUP voters to transfer to the SDLP was admirable but very premature and cost the party dearly. It lost six seats, seeing its representation fall to 10. It is now the fourth largest party. But if you look at its percentage support, it held up, in fact gained a little.

Its problem was it just could not buy transfers and that support level did not transfer into seats. The early election was unfortunate for parties trying to rebuild because most things seemed to concentrate on the big two, with the centre being squeezed. But that’s politics. When you win, you’re everybody’s friend. When you lose, you are consigned to the dustbin.

The DUP can’t gloss over the reality of this election result. The party lost 10 seats and is now only a single seat ahead of its arch enemy Sinn Féin. A lot of the blame must attach to party leader Arlene Foster, whose handling of the ‘cash for ash’, was cack-handed to say the least. Her tin ear and her intransigence to the looming crisis over the RHI scheme resulted in a bad situation spinning out of control.

And then her hardline ‘crocodile’ rhetoric during the campaign antagonised Sinn Féin and galvanised its support. She failed to do the same with her base, and it is clear that soft DUP supporter who were unhappy about the RHI scheme transferred their allegiance to the Alliance. Along the way there were high-profile fallers, none more so than former minister Nelson McCausland in North Belfast.

The far-left party swept into the Northern political landscape like a hurricane 10 months ago. In an act of brazen effrontery, Gerry Carroll not only won a seat in West Belfast but topped the poll. To cap it all, the journalist and veteran socialist Eamonn McCann won a seat in Foyle. When the dust had settled, other political forces settled on the PBP becoming dust. Sinn Féin was not going to tolerate PBP lording it in West Belfast.

There was one issue on which the Trotskyite party had an exposed flank and that was on the issue of Brexit, or Left exit as it presented it. They were deliberately target on this, in two of the most pro-EU constituencies in the North. Both McCann and Carroll struggled to present a coherent case on why leaving the EU would be a good thing and suffered accordingly in the polls. Carroll did well to retain his seat, but the party’s hopes of winning two there evaporated. Sinn Féin just flooded everyone else out. Elsewhere, the party was a marginal presence.

Winners and Losers. Here is why the overall result for the SDLP was a score draw. The party’s feat in pulling off 12 seats was extraordinary and it managed somehow to escape being collateral damage for the battle of the titans. But its victory was a vote management one – including a couple of fortuitous bounces of the ball – rather than one based on an increased populist mandate.

Indeed, if you look at its vote share, it actually fell ever so slightly (a fraction of one per cent). Still, it kept its 12. The SDLP benefitted from transfers from across the board, on the basis that they were less unpalatable than the unionist or republican against whom they were vying for the last seat - good examples of that were East Derry and the Lagan Valley. If you look at the pie charts, they are telling. In this election, Sinn Féin commanded 70 per cent of the nationalist vote and the SDLP 30. It was almost evenly mirrored by how the unionist vote was shared between the DUP and the UUP. The SDLP is not finished yet and it has some excellent talent including Colum Eastwood, Claire Hanna and Nichola Mallon. But it needs to begin arresting that long-term slide.

Mike Nesbitt, who resigned as UUP leader last night, is a decent man but perhaps did not have enough political nous to take on his formidable rivals, the DUP. It was his decision to transfer votes to the SDLP to “strengthen the middle-ground” that led to him, and his party, becoming a cropper. “My only regret is that the results indicate that this society is now more polarised than even, rather than more united in a shared future, which was my aspiration,” he said upon his resignation.

It’s down to seats. Nesbitt was full of braggadocio saying his party would win more seats than the DUP. In the event, it lost six and is now behind the SDLP and only two seats ahead of the Alliance, which siphoned off a lot of its votes.