Fine Gael supporters the most compliant in water charge levy, with 70% of voters paying 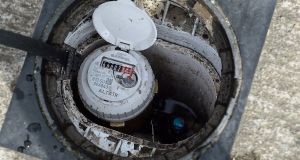 Almost 80 per cent of people say they will ultimately pay the controversial water charges, according to the latest Irish Times/Ipsos MRBI poll.

While the poll shows 37 per cent of households have not yet paid the charge, a significant number say they intend to pay eventually.

The combination of those who have paid and those who say they intend to pay comes to 78 per cent, while the remaining 22 per cent say they will never pay the charge.

Voters were initially asked if their household had paid the water charge and a follow-up question sought to establish how many of those who hadn’t yet paid ultimately intended to do so.

In response to the first question, 51 per cent of people said they had paid, 12 per cent said they were exempt from paying, 37 per cent had not paid.

The poll result tallies with information released by Irish Water earlier this month which showed that at the end of the second billing cycle at least 775,000 homes had now paid their bills, giving a compliance rate of exactly 51 per cent.

In class terms, the best-off AB and C1 voters were most compliant.

There was no great variation across the regions but in age terms the over-65s were most likely to have paid their bills.

Among the farming community, almost half of households are exempt from water charges, mainly because they have their own water supply or are linked to group water schemes.

The 37 per cent who said they hadn’t paid were then asked if they intended to pay eventually and four in 10 of them said they did.

However, the remaining 22 per cent of voters said they never intended to pay.

Sinn Féin supporters are the most strongly opposed of all to the charge, with 45 per cent saying they will never pay.

The survey was undertaken on Monday and Tuesday last week among a representative sample of 1,200 voters aged 18 and over, in face-to-face interviews at 100 sampling points in all constituencies. The margin of error is plus or minus 2.8 per cent.