Dark day in the Dáil, as questions go unanswered by Ministers 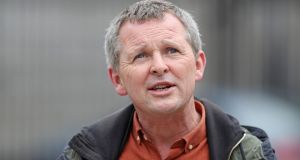 We had a little fun here at Richard Boyd Barrett’s expense earlier this week.

But things are moving so fast in these turbulent times it doesn’t seem so funny any more.

It must be all of two days ago when we chuckled at the idea of “Dublin on the Danube” and RBB’s daft notion that giving the government emergency powers during a national crisis could encourage Viktor Orbán-like tendencies amongst our betters in Government Buildings.

But Boyd-Barrett has us worried now.

With a large number of TDs in agreement, he led the charge against cancelling Thursday’s Dáil sitting. It went ahead and their subsequent arguments against suspending parliament came across as non-confrontational, non-political and reasonable.

Now more than ever, with people worried and uncertain and contacting them with urgent questions, they fervently believe they should be able to get answers and accountability from its political leaders.

Even if it is only a caretaker government and apparently not fully obliged to account for itself to a new Dáil. This fascinating nugget emerged during a very fractious eleventh hour meeting of the Business Committee, which meets in private, to decide whether the session should go ahead or not.

It did, to the huge annoyance of the Government and senior civil servants.

Certainly, it was difficult to dismiss the unflinching opposition of Minister for Health Simon Harris to parliament meeting at a time when the public is knuckling down to a lockdown regime in the face of a viral pandemic, staying put at home at the express request of its political leaders.

“I am deeply uneasy, I am deeply uneasy from a public health point of view that we are meeting in this session today,” he told the handful of deputies strung around the chamber, each an isolated pearl of social distancing.

“Be clear, we are risking public health by being here today . . . STAY AT HOME!”

How could anyone argue with him? The self-sacrifice of the general public in observing the tough restrictions is yielding results, according to the experts. Harris, along with the Taoiseach and Tánaiste and the rest of the government have been successfully hammering home this vital stay at home message.

“Days we do not lead by example are days we should regret,” Harris told Opposition colleagues.

But they didn’t want to set a bad example or create difficulty for a government which has won almost total buy-in from the community and is generally acknowledged to be doing an excellent job.

Micheal Healy-Rae echoed the sentiments of many of the speakers when praising Simon Harris and the Government for its work. However, that does not mean questions shouldn’t be asked.

“It’s not that we want to come in here and knock stripes out of you, or anything like that,” said the Kerry TD.

So they asked their questions of the Government. They good ones too, genuine and relevant.

The thing is, early in the session it transpired that everyone was in agreement. Simon Harris said he isn’t against the Dáil meeting, he’s just dead set against everyone gathering in the one place.

When TDs meet in session, they do so with a huge supporting cast. Thursday’s short production meant that ushers, civil servants, catering and maintenance staff, media and the rest had to be dragged into Kildare Street when they should have been at home.

Why not teleconference, for example? Grannies and granddads all around the country are yakking away on the likes of Zoom and Skype and Hangout. They’re doing it in the European Parliament, yet they haven’t been able to manage it around the corner from Googleland and the Silicon Docks.

“ I’m sure it’s not beyond us with a little bit of ingenuity” said Minister Harris.

Here’s Richard Boyd Barrett, one of the TDs who insisted the controversial sitting had to take place: “It’s critical the Dáil sits, whether it’s remotely, whether it’s in a different venue, whatever…but it’s essential.”

So he isn’t hung up on Leinster House, or the chamber, as the location. He just wants parliament to do its work.

His socialist colleague, Mick Barry, also agreed. “I’m open to the idea of remote meetings, but the Dáil should meet next week.”

It’ll reconvene in two weeks, which is probably for the best with the situation predicted to deteriorate when the dreaded surge in Covid 19 cases starts up.

But on Thursday, the TDs got to ask their questions. They were on issues such as alarming reports of death and infection in the nursing home sector, the lack of PPE for carers, issues around home help, protection for workers against unreasonable employers and the concerns of people in direct provision.

They got no answers on the floor of the Dáil apart from woolly promises that they would get written replies in due course.

Minister for Culture Josepha Madigan closed the health debate by rounding upon TDs for dragging everyone away from their homes just so they could speak in the Dáil. “Shame on you!” she cried, sticking word for word to her script.

But she didn’t answer any of the questions, despite vociferous protests from Fianna Fáil’s Health spokesman, Stephen Donnelly. Not one.

Though there are lots of lovely photographs of Leo Varadkar at events doing a wide range of socially distant poses, perhaps Stephen might like to look at one of them.

It was a sour ending to a day which began on an encouraging note with Simon Coveney launching an innovative community initiative to help people struggling with the restrictions. At the same time as the Dáil was doing its unsatisfactory thing, the Minister for Finance was holding a press briefing in Government Buildings.

It didn’t go well. If Opposition TDs were frustrated in Kildare Street, journalists were left fuming in Merrion Street.

Having asked them to attend (a small number, in accordance with the necessary restrictions), they were then asked to pre-submit their questions. These were read out by Paschal Donohoe’s press aide, who then replied as the mute hacks looked on.

Disgracefully, they were not allowed to ask follow-up questions, so Paschal could effectively say what he liked without being challenged. Microphones were not provided because of hygiene issues. The reporters could have been heard without them, but they weren’t given the chance.

This doesn’t even happen in the White House.

But it happens here, in Government Buildings.

So we’re exaggerating. A trivial thing to worry about in the current, terrible scheme of things.