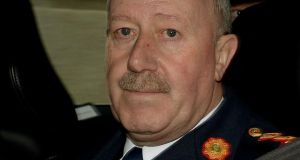 The Fennelly commission found the cause of Mr Callinan’s decision to retire in March 2014 was a visit from the then secretary general at the Department of Justice Brian Purcell and the message he conveyed from the Taoiseach.

Below is an interactive timeline of events from the discovery of a March 10th letter to the secretary general on the recording of phone calls at Garda stations to the publication of Tuesday’s report.

The report said the decision to retire was Mr Callinan’s own and he could have “decided otherwise”.