Lobbyists must record details of contacts with public officials 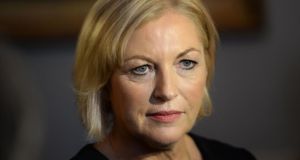 Lobbyists attempting to influence policies will need to record details of their contacts with public officials for a publicly accessible register from Monday onwards.

The Regulation of Lobbying Act, which comes into force on September 1st, is intended to make the lobbying process more transparent. It follows damaging controversies, such as planning corruption and payments to politicians.

The legislation is aimed at professionals who lobby government, but individuals who seek to influence issues such as zoning or development may also need to register as lobbyists. A failure to record lobbying activity may result in a fine of up to €200 or a potential jail term for more serious breaches of the law.

The legislation also provides for a one-year “cooling-off” period during which lobbying may not be carried out by some former public officials.

From Monday, lobbyists will be obliged to keep records of their activities and provide these details to the Standards in Public Office Commission by January 21st of next year.

This means it will be at least five months before the first details of lobbying contacts will be available to the public.

Nuala Haughey, of think tank Tasc, said the law represented a considerable shift away from a culture of secrecy to one of more openness.

“It is really too early to judge whether the mandatory registration regime will be up to the job of capturing the full extent of formal and informal lobbying by all the different interest groups that are out there,” she said.

The Public Relations Institute of Ireland, which has more than 800 members, has also welcomed the move, but complained to Ceann Comhairle Sean Barrett about the “privileged access” that former politicians enjoy at Leinster House.

Former TDs or ministers who have been involved in lobbying for either private companies or public relations firms in recent years include former PD ministers Tom Parlon and Liz O’Donnell, and former Fianna Fáil TD Jim Glennon.

Broadly speaking, the Act covers any attempt to influence decision-making in politics or public administration relating to public policies, laws or financial support.

There are a number of exemptions, while trade union negotiations or communications by commercial State bodies are also outside the scope of the legislation.

People’s private affairs will also be exempt, other than attempts to influence decision-making over land zoning or development.

While groups or task forces set up to advise the Government – which often include experts and individuals from outside the public service – are also exempt, they will be subject to certain conditions.

These include signing up to a new “transparency code”, in which the agenda and minutes of any meetings must be recorded.

The Standards in Public Office Commission will be tasked with maintaining the lobbying register.

It says the definition of “public official” under the legislation will apply to secretary general, assistant secretary and director level in the Civil Service, and chief executive officer and director of services level in local authorities.