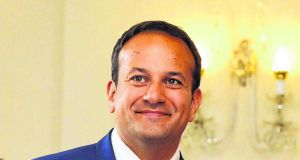 Leo Varadkar, who will be asked to debate the issue. Photograph: Alan Betson

Labour Senator John Kelly has said he may not run for the party in the Roscommon-South Leitrim byelection unless the Government considers the “feasibility’’ of reopening accident and emergency services in Roscommon hospital.

Mr Kelly based in Ballaghaderreen is the obvious candidate for Labour, as a sitting member of the Oireachtas who polled 4,455 first preferences in the last general election.

The byelection is expected to be held on the same day as the Dublin South West byelection in late September or early October.

Mr Kelly said yesterday that while he was anxious to run, he wanted a number of issues relating to Roscommon, principally the hospital, dealt with before deciding to put his name forward.

“I will be asking for a proper debate on the issue with the new Minister for Health, Leo Varadkar, and will make my decision on the byelection based on the response.’’

He said the service was of particular importance to elderly people living in its vicinity, adding that during the last general election Fine Gael health spokesman Dr James Reilly, later to become minister, had given a commitment it would be retained.

The other sitting TD for the constituency, Fine Gael TD Frank Feighan, has come under huge pressure locally.

The vacancy in the Roscommon-South Leitrim constituency was caused by the election of Independent Luke Ming Flanagan to the European Parliament.

So far, the only candidate selected to contest the byelection is Fianna Fáil’s Ivan Connaughton, an auctioneer based in Athleague.