In 65 years since its foundation KfW has provided €1.3 trillion in loans 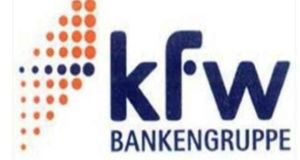 Germany’s KfW is a public bank that uses its quasi-sovereign status to provide development loans at lower interest than commercial rates.

Its official name, the Kreditanstalt für Wiederaufbau (Reconstruction Loan Corporation), gives an indication of its origins: to help reconstruction of war-ravaged Germany.

In the 65 years since its foundation, the KfW has provided €1.3 trillion in loans. Originally it operated as a conduit for Allied aid provided through the Marshall Plan to relieve post-war housing shortages. Being 80 per cent owned by the federal government, with the remainder held by Germany’s federal states, it is one of Germany’s largest banks, with a balance sheet total of €476.4 billion.

The KfW’s international co-operation dates back to the 1960s. Any KfW co-operation with Ireland is likely to function along the lines of an €800 million loan agreement agreed with Spain in July.

Under that deal, the KfW raised finance on money markets and passed it on to the Spanish development bank ICO for financing the country’s credit-starved SME sector.

The Spanish global loan is backed by a German state guarantee, though the borrowers’ banks usually also bear the risk of credit default.