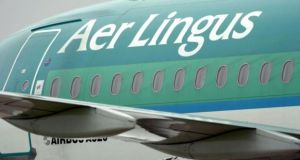 Taoiseach Enda Kenny has said he needs to see more detail from IAG on their offer and is also seeking a guarantee on connectivity to Heathrow from Dublin, Cork, Shannon and Knock airports.

Taoiseach Enda Kenny has said he wants a “permanent cast-iron guarantee” that Irish airports will remain connected to Heathrow as part of IAG’s bid for Aer Lingus.

Mr Kenny said wanted to know what the position would be after IAG chief executive Willie Walsh had left the company, although he had been told by people with business experience that obtaining such a guarantee would be difficult.

“If IAG are going to come to table in the next few days then I need to see, in so far as this is possible, a cast-iron permanent guarantee in respect of connectivity both for Cork, for Dublin, for Shannon, to a lesser extent Knock where we have flights not directly from Heathrow,” he said.

“I need to see flesh on that. If that happens Government will of course continue to look at all the options here. I’m not saying yes or no because it’s not my place to do so now. We do need to have flesh on the initial offer.”

Mr Kenny told RTÉ Radio One’s This Week programme the Government owned 25.1 per cent and was in a “limited influential position”.

He added: “Long after Willie Walsh leaves IAG what is the position? I’m worried, concerned about the future of the country.”

Turning to coalition options after the next General Election, Mr Kenny said he had heard some “constructive suggestions” from people who are Independent.

He said Fianna Fáil should not be part of the next Government because it had “wrecked” the country, “not once but twice”, although it was a matter for the people.

Sinn Féin was a “party of protest” which did not want to be in Government, he said. “Their economics are absolutely off the wall,” he added.

“I’ve heard a number of constructive suggestions from persons who are Independent” but his view was that the Fine Gael/Labour coalition should be returned to power.

Mr Kenny said eliminating poverty, particularly among children, was a “moral requirement for any Government”.