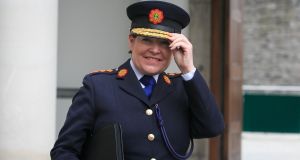 Taoiseach Enda Kenny has been forced to defend the Garda Commissioner Nóirín O’Sullivan after one of his TDs expressed no confidence in her.

Wexford TD Michael D’Arcy told the parliamentary party on Wednesday night he had no faith in Ms O’Sullivan to fulfil her role.

The Fine Gael deputy criticised the commissioner for her inability to deal with the ongoing gangland feud between the Hutch and Kinahan gangs.

No other TD supported Mr D’Arcy’s position at the parliamentary party meeting.

Mr Kenny told the meeting he had every confidence in Ms O’Sullivan and insisted every resource and assistance would be made available to the gardaí to address the feud.

The Taoiseach told the meeting he would be meeting with councillors in the area over the coming days and would visit the north inner city early next week.

The Garda Commissioner has faced a series of questions over her leadership since the publication of the O’Higgins report.

Ms O’Sullivan has been called on to resign or be fired over claims her legal team accused whistleblower Sgt Maurice McCabe of “malice” in unpublished documents from the inquiry.

It has been claimed Ms O’Sullivan questioned Sgt McCabe’s motivation in bringing complaints against the force.