Irish official may travel to Cairo ahead of Halawa case 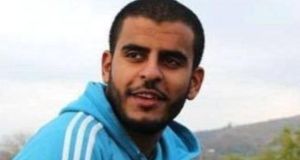 Ibrahim Halawa: being tried as part of a mass court action against almost 500 people.

The Department of Foreign Affairs is considering sending a senior official to Cairo ahead of Irish student Ibrahim Halawa’s scheduled appearance in an Egyptian court next month.

The case of the 19-year-old from Firhouse in south Dublin has been adjourned until early June. He was arrested after a protest in August 2013 and is being held in an Egyptian prison.

“Realistically our considered view is it would be unlikely that Ibrahim Halawa will be released while this trial is ongoing – none of the other foreigners were released until after their original trials were completed,” a Departmental briefing note states.

“However, in the run up to the next hearing on June 3rd we are keeping all options under review, including the question of a visit to Cairo by our Director of Consular Services.”

Mr Halawa is being tried as part of a mass court action against almost 500 people.

In February, Egypt deported al-Jazeera journalist Peter Greste to Australia after he had completed 400 days of a seven-year prison sentence for colluding with the outlawed Muslim Brotherhood.

In a potentially positive development for Mr Halawa, according to the briefing note, his lawyers have suggested there is now some differentiation within the group on trial in terms of specific charges against individuals.

“The most serious charges appear to be reserved for those involved in the storming of a police station earlier in the day, with Ibrahim Halawa now part of a group that are facing more minor charges relating to incidents at the mosque.”

Mr Halawa and his three sisters sought sanctuary in the Al Fateh mosque amid violent clashes between supporters of ousted president Mohammed Morsi and the security forces two years ago.

His sisters - Omaima (20), Fatima (22) and Somaia (27) - have since returned to Dublin. They had been held separately from their brother in Tora prison.

The human rights organisation Amnesty International has described Mr Halawa as a prisoner of conscience and has been campaigning for his release.

Mr Halawa was refused bail on April 26th and his trial was adjourned. Under Egyptian law, Mr Halawa is considered an Egyptian citizen.

The briefing note states that the charges against Mr Halawa could change again as the trial goes on.

“However, if ultimately the trial ends in a conviction and a sentence, it should be that any sentence would reflect the more minor nature of the charges.”

Mr Shoukry made clear his ministry would continue to facilitate consular assistance and access for Ireland’s Embassy in Cairo.

Meanwhile, the Secretary General of the Department of Foreign Affairs and Trade met the Egyptian Ambassador designate.