Ireland is an example to Europe – leading French politician

Ireland earned independence through suffering and ‘without giving up’, says Larcher 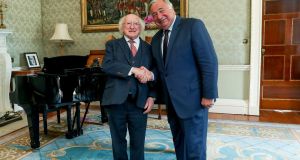 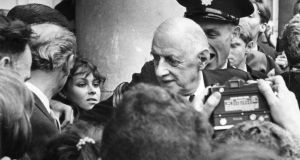 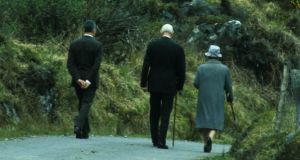 Ireland offers a lesson for Europe in not falling for populism, the president of the French Senate has said.

Gérard Larcher, who is second under the French constitution to president Emmanual Macron, said he was heartened by the fact that 93 per cent of Irish people are in favour of the European Union, according to recent opinion polls.

Mr Larcher is a member of the Les Républicains party, the inheritor of the Gaullist tradition in French politics. He is also a close political friend of the EU’s chief negotiator, Michel Barnier.

He and a number of the party’s serving and former politicians have been in Ireland marking the 50th anniversary of General Charles de Gaulle’s visit to the country in 1969.

“You are a lesson of faith in the collective spirit without relinquishing what makes a nation,” he said in an interview with The Irish Times.

“The Gaullists today believe our sovereignty can be stronger when we share it. Nobody expected Ireland to delve into some sort of scepticism or popularism, which is not the same for countries like Italy, Austria and Germany. ”

Ireland had served as an example to other countries by earning its independence through “suffering and without giving up”, he said. “It is very Gaullist to never give up even when everything seems lost.”

Mr Larcher said there was “universal solidarity” across the French political system for Ireland’s position in relation to the backstop and Brexit which extends to president Macron, the prime minister Édouard Philippe and the president of the national assembly, Richard Ferrand.

Similarly, he said 26 other member states of the EU were behind Ireland in relation to the backstop and the position taken by Mr Barnier and the EU president Jean-Claude Juncker.

He said the recently proposed €1 billion electricity interconnector between France and Ireland, which is before the EU Commission for funding, was a “great symbol” of French solidarity with Ireland over Brexit.

He also said France was looking at “privileging” Irish goods which once used the land bridge through the UK for export.

General de Gaulle visited Ireland for five weeks in May and June 1969 just 12 days after resigning from office.

Reflecting on the visit, Mr Larcher said de Gaulle had a “great solidarity with Ireland because of his roots” – de Gaulle’s maternal ancestors included the McCartan family from Co Down.

He had also known “Irish soldiers” in the first World War, when he served as a company commander, was wounded and then taken prisoner. He greatly admired Irish nationalists who had fought in France, Mr Larcher maintained.

In Sneem, where he stayed at the Heron Cove Hotel, de Gaulle started writing his final memoirs (he died a year later in 1970) about the fifth Republic which he founded in 1958 and his 10 years as French president.

Mr Larcher praised the “spirit of Sneem” and de Gaulle’s contention while in Ireland that his destiny “was nothing compared to the destiny of France”.