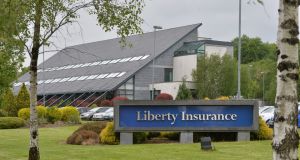 Pearse Doherty told the Dáil that Liberty Insurance quoted him €856 and when he phoned them they could cut it to €814.But when he put all the same details into the company’s website he was given a quote of €571, a reduction of €280 “that they refused to quote on the phone”. File photograph: Alan Betson/The Irish Times

Insurance companies have been accused of scamming loyal customers by charging them far more than new customers through a practice of dual pricing.

Sinn Féin finance spokesman Pearse Doherty claimed in the Dáil on Thursday that companies were charging “extortionate prices” and “punishing loyalty” as he highlighted his own experience while renewing an insurance policy.

He said Liberty Insurance quoted him €856 and when he phoned them they could cut it to €814.But when he put all the same details into the company’s website he was given a quote of €571, a reduction of €280 “that they refused to quote on the phone”.

This price discrimination “is a scam and it is widespread in the industry”. It was “systemic and completely unjustifiable. It flies in the face of the Consumer Protection Act.”

It was a “rip-off on a vast scale but the Government is doing nothing about it”, he said.

Mr Doherty said in Britain the financial conduct authority launched a major investigation into dual pricing practice after it found customers renewing their policies were charged up to 70 per cent more than new customers.

He called on the Government to support his request to the Central Bank and Competition and Consumer Protection Commission for investigation into the dual pricing policy.

The Donegal TD said “this is about punishing loyal customers when they renew their policy”.

“It’s costing consumer hundreds of euro each year without them even knowing.”

He said that “they exploit customers who don’t know about dual pricing. They rely on their loyalty to charge extortionate prices and they push up their own profit margins” using behaviour data and dual pricing in their system.

Replying for the Government, Minister for Communications Richard Bruton said Minister for Business Heather Humphreys had already asked the Competition and Consumer Protection Commission to study the activities of the insurance industry including brokers.

“There is no doubt that some of the practises there are not satisfactory. Greater transparency and scrutiny is being demanded of their practices which the commission will undertake.”

Mr Bruton said the Government is not content with what was being done already and there is a review to see if there are further measures that could be taken to make this more effective.

He pointed out that some insurers had withdrawn from the market and they had to ensure that the presence of diverse players in the market is maintained.

The Minister said the Competition and Consumer Protection Commission had very strong powers to investigate practices that would be unfair or anti-competitive and he said Mr Doherty’s concerns would undoubtedly be examined by the commission.