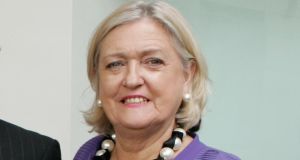 Ms White chaired a public meeting on the matter at the Mount Merrion Community Centre in south Dublin last night, where Cora O’Brien of the Irish Tax Institute and tax adviser Kenneth Garvey gave an overview of the current rules.

Ms White said the number of people liable for inheritance tax in the last four years had “rocketed” by 34 per cent.

“The dramatic reduction in the thresholds has heavily penalised ordinary families in Dublin who are being hit with huge tax bills when they inherit even a modest family home,” she said.

She said a situation had developed whereby individuals were being forced to sell the properties they inherited in order to meet tax bills.

“I believe we need an urgent review of this highly discriminatory inheritance tax regime,” she said.