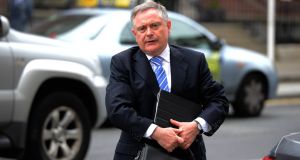 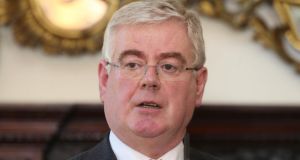 The Labour Party will struggle to regain popularity until the economy shows signs of recovery, said Minister for Public Expenditure Brendan Howlin after a poll showed support for the party has fallen to its lowest level in more than a quarter of a century.

The poll represents the lowest percentage of support for Labour since November 1987, some 26 years ago, when the party had recently come out of a five-year coalition with Fine Gael.

The party’s share of the vote has ebbed by some 13 points since achieving a record 19 per cent of the popular vote in the general election of February 2011 and is now well below its historic average of 10 per cent.

Mr Howlin this morning said “it’s not a good poll” for the party. “There’s no point in saying anything else.”

Speaking to reporters in Dublin, he said he didn’t expect support to increase until the economy showed tangible signs of recovery. “Until we see that recovery putting money back into people’s pockets…I don’t think we’ll see a significant rise for us.”

The survey taken on Friday and Saturday discloses that Fine Gael, with 26 per cent, has re-established its position as the most supported party. Sinn Féin, with 23 per cent, has edged out Fianna Fáil for the second-largest share of support for the first time since May 2012.

In contrast, Fianna Fáil has dropped four points since the last poll in June to 22 per cent.

Independents
Support for Independents and others has also reached a historic high, with over one in five respondents backing this cohort, with a particularly strong bias in Dublin, where over 30 per cent of voters said they would vote for Independents or others.

In the capital, where Labour won 29.3 per cent of the vote in the general election, winning 18 seats, support levels have fallen back to 9 per cent.

The survey was undertaken among a representative sample of 1,000 voters aged 18 and over, in face-to-face interviews at 100 sampling points in all constituencies.

Dissatisfaction
Satisfaction levels for Tánaiste Eamon Gilmore continue the downward trend of the past two years. Some 15 per cent of respondents said they are satisfied with the Labour Party leader, while 65 per cent expressed dissatisfaction. This puts Mr Gilmore well behind the other main party leaders. Taoiseach Enda Kenny is the most popular leader, with a 31 per cent satisfaction rating. The figure for Sinn Féin leader Gerry Adams is 29 per cent, and it is 27 per cent for Fianna Fáil leader Micheál Martin.

Another significant change since the June poll has been the number of respondents who were undecided or had no opinion had fallen by seven percentage points.

Overall satisfaction with the Government is at 20 per cent, marginally down on the June poll.

Three out of four respondents said they were dissatisfied with the Government’s performance in office, with only 6 per cent expressing no opinion.

At 26 per cent Fine Gael has improved since June, where its 24 per cent share was the lowest since September 2010. Nonetheless its support levels remain 10 points below the 36 per cent it achieved in the general election of February 2011.

Taoiseach Enda Kenny’s rating has improved for the second time, but more significantly he enjoys 80 per cent satisfaction ratings from Fine Gael supporters.