Fine Gael outlines strengths and weaknesses of its TDs and rivals 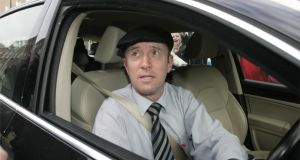 The Fine Gael Kerry branch sized up Independent Michael Healy-Rae (above) as someone who hides behind “the veneer of a friendly/simple country yokel” but who is “unbeatable electorally”. File photograph: Dara Mac Dónaill/The Irish Times Dara Mac Donaill

Fine Gael has outlined the strengths and weaknesses of its own TDs – as well as their opponents – in internal strategy documents prepared for the general election.

The constituency profiles, considered by the Fine Gael national executive this week, lay out the favoured approach by local activists, but offer blunt assessments of deputies and candidates.

It says the party faces a challenge in Taoiseach Enda Kenny’s constituency because of “real concerns over perceived lack of Government delivery to Mayo”.

The Fine Gael Kerry branch sized up Independent Michael Healy-Rae as someone who hides behind “the veneer of a friendly/simple country yokel” but who is “unbeatable electorally”.

“Very much a professional and competent mover behind all the bluster, recent rows with other reps reveal that he has a vicious temper and cannot tolerate any counter allegations against him. His weakness lies in our candidates’ ability to counter attack on live radio.”

Of its own deputies, it says that while Dún Laoghaire’s Mary-Mitchell O’Connor is a strong candidate, she may be damaged by an incident early in this Dáil term when she drove her car across the Leinster House plinth.

“Her incident with her car may have damaged her reputation with some voters, though she has proven herself able to manage that with humour.”