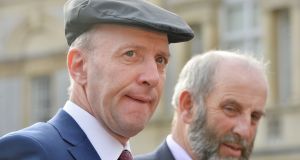 Michael and Danny Healy Rae ahead of the first meeting of the 32nd Dáil at Leinster House earlier this year. File photograph: Alan Betson/The Irish Times 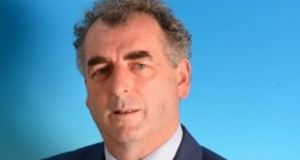 Michael Cahill is an able and articulate performer and a strong vote-getter who is steeped in the Fianna Fáil party.

Danny Healy-Rae made headlines in recent days when he said, among other things, that he would shoot an intruder who came into his house.

However, down in the Kingdom, a turf war of a different kind is brewing. The gloves are well and truly off in the political battle between Fianna Fáil and the Healy-Rae dynasty in the five-seat Kerry constituency.

Not that they were ever really on. Ever since the late Jackie Healy-Rae broke with Fianna Fáil in 1997 and went on to win a Dáil seat as an Independent, the two sides have been at war.

Even when Healy-Rae snr was helping to keep a minority Fianna Fáil government in power, there was mutual recognition that it was simply practical politics that benefited both parties.

The war intensified recently with the return to the Fianna Fáil fold of prominent Independent councillor Michael Cahill from Rossbeigh. This makes the party the largest on Kerry County Council by one, over Fine Gael.

Cahill left the party in 2011 with fellow councillor Tom Fleming, who was elected as an Independent TD but retired from politics at the last election. Cahill worked for a time as Fleming’s parliamentary assistant.

Cahill is able and articulate and a strong vote-getter who is steeped in Fianna Fáil. His father Tom represented the party on Kerry County Council from 1960 until his death in 1989 and worked on general election campaigns in the then Kerry South constituency for Fianna Fáil with Jackie Healy-Rae.

Today, the Healy-Raes are a small “party”, with two TDs, Michael and brother Danny, and two councillors, Johnny and Maura, Danny’s son and daughter. They are a powerful force in a constituency once dominated by Fianna Fáil.

Cahill was barely back in the fold when he gave an interview to Radio Kerry presenter Jerry O’Sullivan in which he went for the Healy-Rae jugular. He criticised them for allegedly attending funerals of people in Kerry they did not know and for sending bereavement packs containing practical details of funeral grants, pensions and other social welfare benefits.

“It is despicable behaviour and actually an insult to the deceased and the family,’’ Cahill said.

Michael Healy-Rae replied that neither he nor his brother attended funerals of strangers, and defended sending out the bereavement packs.

As expected, Michael inherited his father’s seat in 2011, but the success of the two brothers in the last general election sent their opponents reeling. The Healy-Rae juggernaut swept through the sprawling constituency, taking no political prisoners in a remarkable show of strength.

Although John Brassil regained a seat for Fianna Fáil, the party has a long way to go to relive the glory days. The Healy-Rae dynasty, given that it springs from the party’s “gene pool’’, is an obvious target on the road to further recovery.

The Cahill broadside followed a row between the Healy-Raes and Fianna Fáil about the coveted post of chairperson of the Killarney Municipal District.

As a councillor, Danny Healy-Rae made a deal with other councillors that his turn would come last June to have the job. However, he was elected to the Dáil in February and councillors said the deal would not apply to his daughter Maura, who had replaced him. The prize went instead to Independent councillor Brendan Cronin.

The Healy-Raes said it was disappointing to see councillors breaking their word, but Fianna Fáil insisted the deal had been made with Danny Healy-Rae personally, and did not apply to his daughter.

Given Cahill’s return to the fold and the party’s strong performance in national opinion polls, the Soldiers of Destiny have a spring in their step in the Kingdom.

Cahill, whose Killorglin pub is known as the Dáil Bar, has Leinster House ambitions and his base in south Kerry would make him a suitable running mate for Brassil, who is based in the north of the county.

To add to the rivalry, Cahill currently shares the South and West Kerry electoral area with Cllr Johnny Healy-Rae, both securing their seats on the first count in the 2014 local elections.

Fianna Fáil at times held two of the three seats in both Kerry constituencies when the county was divided into two three-seaters.

Although the party does not see a return to that kind of dominance, a second seat is a possibility if it continues its upward march in the polls.

One thing is certain: the war with the Healy-Raes will intensify between now and the next general election.