Interview: Howlin claims more reform set in place in past four years than in previous 40 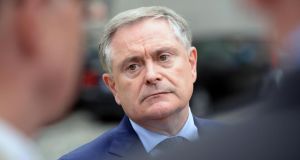 Minister for Public Expenditure and Reform Brendan Howlin: The Department of the Taoiseach and the HSE are reporting a 100 per cent rise in Freedom of Information requests. Photograph: Eric Luke

Some Government departments are reporting a 100 per cent increase in Freedom of Information requests since Minister for Public Expenditure and Reform Brendan Howlin abolished fees earlier this year.

Mr Howlin said the average increase across all departments and agencies has been 16 per cent for non-personal applications.

However, in several key departments the increase has been much greater since the the Act was amended. Both the Department of the Taoiseach and the HSE were reporting a 100 per cent rise in requests.

“That significant increase has meant an administrative strain [in some departments] during the bedding down period.”

However, Mr Howlin said fees would not be introduced irrespective of the volume of requests. “We debated that very publicly. There had been a concern that in a climate of reduced numbers and increased services in the public sector, this would be a burden that might impact on the delivery of important services,” he said.

As the abolition of fees was seen as a matter of principle, the issue would not be revisited. He pointed to more information being posted automatically on websites without any requests. He gave the example of the expenses of TDs and Senators, all of which are now online.

“The first big decision was the creation of a new department to run reform. Our view was that it would not be successful unless run by a Cabinet Minister who controlled the money.

“If you did not have somebody who controlled the purse-strings, the resistance would be such as to make it impossible.”

He said there was huge resistance even as it was. “There are hundreds of different groups and representative bodies. The general view is that everybody is in favour of reform but do not see themselves in need of any reform.”

Mr Howlin intimated that many good public servants had been frustrated because their own ambitions and plans were frustrated by bureaucratic sclerosis. Much of the reform put in place was technical and detailed, he said, and the benefits would not be immediately obvious but would “accrue to my successors”.

He said when he started there was an absence of data and analysis of how the public service was being run. Now with solid databases, it was much easier to make rational decisions.

“People have better oversight on how money is spent, what we get from it, how public services are performing within budgets.”

He said that, against some resistance, his department introduced rational arrangements across the service, which was much more difficult than it sounded.

Those indicators will play an important part in the forthcoming talks on public sector pay. While there has been much criticism of the manner in which whistleblowers were treated by State organisations, Mr Howlin asserted the new law on protected disclosures was regarded as “world class”.

He accepted the unsuccessful referendum on parliamentary inquiries was a blow but said the alternative system now set up allowed for “fairly robust inquiries”. The first big test of its efficacy will be the current banking inquiry.