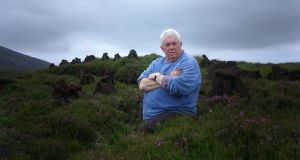 Former deputy leader of the Alliance Party and lord mayor of Belfast David Cook has died from Covid-19 at the age of 76.

In a statement, Mr Cook’s family said he died peacefully just after 6pm on Saturday at Craigavon hospital.

“His family would like to express their gratitude for the kindness he received in local hospitals after he suffered a stroke two years ago and in recent weeks as he faced Covid,” said the family.

Mr Cook was a founder member of the Alliance Party in 1970, eventually becoming deputy leader in 1980 and holding that role until 1984.

He was elected to Belfast City Council in 1973 for South Belfast and became the first non-unionist lord mayor in the history of the city in 1978, after winning a vote by 26-25.

Former leader of the Alliance Party John Cushnahan said he was “saddened to hear of the untimely death” of Mr Cook.

“He was undoubtedly one of the best lord mayors ever to hold the office. During all my time in political office in Northern Ireland he was a loyal and faithful friend who provided great and unstinting support during very difficult and challenging times.”