Councillor says he is deeply unhappy with Fianna Fáil, disillusioned with its leadership 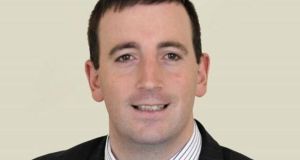 Fianna Fáil Councillor Ivan Connaughton said: “There will be people who will not be happy with my decision, but I have do what is in the best interest for the people of Roscommon and the people of Galway.”

Fianna Fáil Councillor Ivan Connaughton is considering running as an Independent in the next general election.

Mr Connaughton, who ran for the party in the Roscommon-South Leitrim byelection in October 2014, has admitted he may defect from Micheál Martin’s party.

The councillor said he is deeply unhappy with the party - and disillusioned with its leadership.

Cllr Connaughton said he has been approached by people within and outside the party to run as an Independent in the new Roscommon-Galway constituency.

He told Shannonside radio: “There will be people who will not be happy with my decision, but I have do what is in the best interest for the people of Roscommon and the people of Galway.”

The news follows claims by former Minister of State Conor Lenihan that he has been approached to run in the constituency.

Mr Lenihan, who lost his seat in the 2011 general election, said he was approached by a number of senior Fianna Fáil figures in Roscommon to consider a bid.

Mr Lenihan said: “A number of senior members from the Roscommon party organisation contacted me over the past few weeks and last weekend I took the opportunity to meet them.

“I would like to emphasise from the outset that I am not pushing myself on the constituency - it is a matter for local party members to decide who would be best to win the seat for them.”

Cllr Eugene Murphy and Paschal Fitzmaurice are the only two candidates to declare their intention to run.