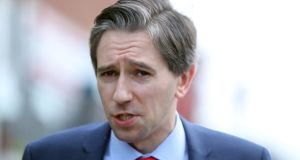 A further 800 college places are to be found in third level colleges, Minister for Further and Higher Education Simon Harris has said in the Dáil.

The move aims to ease the pressure of the expected increased competition for higher education places because of grade inflation following the leaving certificate grade assessment in 2020 and concerns about students who did their leaving certificate in previous years.

Mr Harris told Sinn Féin higher education spokeswoman Rose Conway-Walsh he had been working in the last few days to see if there was any way possible to create more capacity “even at this stage”.

“I am very pleased this morning to inform the Deputy that through the engagement we’ve had with the HEA (Higher Education Authority) and all the institutions I am now in a position to confirm a further 800 additional college places on top of the 1,250 we announced last week.”

But he said they were now “at the outer limit” of the additional capacity they could provide.

He hoped this would go some way to relieve pressure. Mr Harris acknowledged that higher grades would result in higher points but said the most practical way to deal with the issue was to provide as many places as possible.

Ms Conway-Walsh welcomed the extra places and said “I hope it will go someway towards alleviating the anxiety of the prior leaving certificate students.”

But she said “it is a pity that we’ve left it to such a late stage because these students have had months of anxiety,” and she had been first contacted about the issue in June.

If there were not sufficient places when course offers are announced, she asked if prior leaving students could be assessed on the points that applied in the year they did their leaving certificate.

But the Minister said he had looked at all the options and the “clear advice” is that the ring fencing of places is legally fraught “principally on the basis that the idea of recalculating grades to bring 2019 results in line with 2020 does not work because the grade inflation of 4.4 per cent was an average figure and “doesn’t mean that everyone in 2020 rose by 4.4 per cent”.

The Minister said the advice was that the most logical and sensible thing to do was to increase the number of places available.

Every single year people apply to the CAO from all different years and many are happy to get their top choice “and I expect more people to get their top preference this year than any other year” but there are many other options.

“We are continuing to do all we can to maximise capacity but I have to be honest. We’re now very much at the outer limits of the additional capacity I believe we can manage this year.”