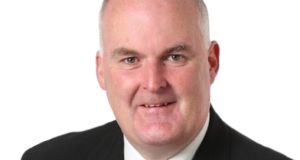 Joe Flaherty (50) is the only Longford-based candidate who has been returned in the 2020 general election.

His success is being credited to the vote management strategy adopted by Fianna Fáil and sitting Westmeath TD Robert Troy in the Longford-Westmeath constituency, and the strong desire of the Longford people to have someone local represent the county.

Co-opted on to Longford County Council in 2018 following the resignation of Padraig Loughrey, Flaherty is the managing director of Iconic Newspapers, the owner of a number of local newspapers including the Longford Leader, the Leinster Leader, and the Limerick Leader.

There is a bit of local talk about a “newspaper man” being elected to the Dáil, but Flaherty is adamant that he has no editorial influence on the group’s titles.

A father of three daughters, he has been on a sabbatical since the beginning of the year, having taken the break so as not to create any perceived conflict of interest given his political ambitions.

Flaherty looks after the commercial and production end of the newspaper group’s business and has said in the past that he would have no desire to, and no scope for, influencing the editorial content of any of the group’s titles.

Longford had no TD or senator for the past four years and the level of transfers from FG’s Micheal Carrigy to his fellow Longfordman, was key to Flaherty’s election.