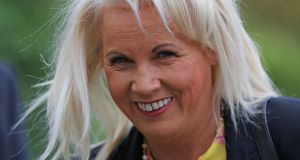 Jennifer Murnane O’Connor (53) has been a senator since April 2016 when she was elected to the upper house after narrowly missing out on a Dáil seat in that year’s general election.

Married with two sons and two daughters she is the Fianna Fáil party spokeswoman on housing, planning and local government in the Seanad.

Winning her Dáil seat has been a case of third-time lucky for the Carlow town woman who previously contested the general elections of 2011 and 2016.

A second-generation local representative, she followed her father Jimmy Murnane onto Carlow County Council and also served on Carlow Urban District Council before it was abolished.