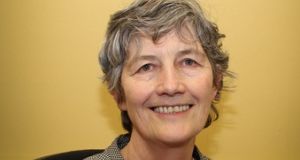 It has been a good election for candidates on the left of the political spectrum. Catherine Connolly’s re-election in Galway was no surprise.

The popular former barrister and clinical psychologist is a regular on the national airwaves talking about the homelessness and housing crisis.

She was elected as a Labour Party councillor on Galway City Council in 1999, but left the party in 2006 when they denied her a chance to run in the 2007 general election as Michael D Higgins’ running mate.

Many see her as the natural heir to his seat. She narrowly lost out on a seat in 2011 when after four days of counting, she was pipped by Fine Gael’s Seán Kyne by a margin of just 17 votes.

She had better luck in 2016, getting elected to the Dáil. She was re-elected in 2020, improving her share of the first-preference votes from 7.6 to 9.3 per cent.