Diaspora should be given more Irish involvement 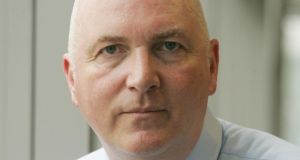 ‘Irish Times’ deputy editor Denis Staunton: “If you spend any time with the Irish abroad you will see very quickly that they know a great deal more about us than we do about them.” Photograph: Alan Betson

The Irish diaspora must not be simply exploited and should be offered more involvement in Irish affairs, the Oireachtas Committee on Foreign Affairs has heard.

The committee is carrying out hearings on a review by the Department of Foreign Affairs of foreign policy and external relations.

Denis Staunton, deputy editor of The Irish Times, and Graham Butler, from the University of Copenhagen, appeared before the committee yesterday.

It is the second review of Irish foreign policy. The last one was initiated by Dick Spring in 1996.

Mr Staunton, who has worked as Washington, Brussels and Berlin correspondent for the newspaper, said the diaspora was “an invaluable resource throughout the world but one that should be cultivated rather than simply exploited”.

“If you spend any time with the Irish abroad you will see very quickly that they know a great deal more about us than we do about them,” he said.

“And yet most of our efforts to engage them are focused on pumping out ever more information about us and letting them know what they can do to help us.”

‘Obviously useful’
He suggested it might be worth offering members of the diaspora a gesture such as a vote in an election “rather than simply identifying the wealthiest and most obviously useful, and exploiting their goodwill”.

Senator David Norris said the diaspora has “asked to get involved in Ireland and we have spurned them”.

Clare Fine Gael TD Pat Breen, the committee chairman, asked about extending the diplomatic network into emerging economies and more areas of the US, such as Texas.

Mr Staunton said that the “most acute” shortage of resources was in Washington DC itself.

Mr Butler gave the committee a written submission in which he argued “foreign policy is executive-dominated and is still not a productive area for democratic control”.