Despite promises to cut out cronyism, coalition has a blemished record 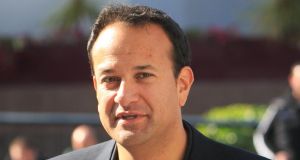 Leo Varadkar has been the best at using the public appointments system. Photograph: Collins

Last year the Department of Arts and Heritage placed public advertisements inviting responses from people who thought themselves suitable to be members of the boards of the State’s major art galleries, museums and cultural institutions, including the Irish Museum of Modern Art (Imma).

A small number of people wrote to the department. One who did, a person with vast experience in the world of the arts, contacted The Irish Times recently. The candidate received two letters of acknowledgement from Imma but was never called to interview or spoke to any official at any time to ascertain whether or not they were suitable to become a board member.

It is evident the Coalition’s promise to make State appointments more transparent and less subject to political patronage was a victory of style over substance. In the case of Imma, four board positions have been filled since the advertisement was placed.

Three of the four were appointments made by the minister of the day without recourse to the public application process: John McNulty, the Donegal businessman at the centre of the recent controversy; historian Sheila O’Regan; and Jane Dillon Byrne, the former Labour councillor who was appointed to the board after losing her seat on Dún Laoghaire Rathdown County Council last May.

The only one of the four selected through the public process was Emma Goltz, an art collector based in San Francisco.

The candidate who submitted an expression of interest, but heard nothing back besides the standard acknowledgement letter, argued in correspondence that if an equitable vetting process was used, Mr McNulty, on the basis of his qualifications and credentials “would under no circumstances have ‘made the cut’ ”.

Despite promises (and policies) to eliminate political favouritism and cronyism, the record of the Coalition has not been unblemished. Only about 20 per cent of ministerial appointments to boards of State companies and institutions have been done through the public process.

There have been a few prominent, overtly political, appointments in recent years. Alan Shatter appointed a supporter, Oliver Connolly, as the confidential recipient to the Garda Síochána.

Leo Varadkar, by far and away, has been the best at using the public appointments system, with more than half his appointments coming in this way. But he has still appointed a few people with strong Fine Gael connections to boards, including former Young Fine Gael activist Sean Finan.

Before he departed office as minister for energy, Pat Rabbitte appointed former Fine Gael TD John Farrelly and a former Labour councillor from Westmeath Denis Leonard to the board of Bord na Móna.