Coronavirus: People may be asked to stay at home while 'cocooners' are out under new plan 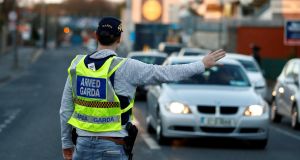 Current restrictions introduced to deal with Covid-19 are expected to largely remain in place in the coming weeks as the Government will on Friday approve a plan to gradually reopen Ireland.

The plan is also expected to be subject to ongoing changes over the summer months, with individual measures open to alteration or reversal. However, there is pressure from Ministers to ease the cocooning recommendations for the over-70s and widen the 2km travel restriction. Some TDs have also called for hardware and DIY shops to reopen.

The National Public Health Emergency Team will make a recommendation to Cabinet on Friday on what Taoiseach Leo Varadkar called a “road map to reopen Ireland”. The Government will also announce an overall package of supports to go in tandem with the easing of restrictions.

Mr Varadkar said easing restrictions would depend on the progress of Covid-19, along with healthcare capacity and resilience, testing and contact-tracing capacity, the ability to shield at risk groups and the risk of secondary morbidity.

He said the lifting of restrictions would be done in “a stepwise, tiered manner”. He also added: “Restrictions may have to be reintroduced if it looks like the virus is going to surge back.”

It is expected that the existing restrictions will largely remain in place for a number of weeks, expected to be a fortnight, past their initial May 5th expiry date.

At a briefing for Ministers on Thursday, chief medical officer Tony Holohan said the plan would be reviewed in “three-week cycles”.

Numerous Ministers pressed for restrictions on those over 70 to be eased. Dr Holohan said it was up to Government to make decisions, with Ministers privately acknowledging they may have to diverge from medical advice at some point.

Cabinet sources said the divisions between Ministers who want to ease restrictions relatively quickly and those who were cautious has become more pronounced, with one predicting the meeting on Friday “may not be all plain sailing”.

The initial stages of the plan envisage allowing the over-70s out for a walk on a “no-contact” basis, with sources previously suggesting others may be asked to stay at home while “cocooners” are out. Meanwhile, there was no agreement reached in talks on Thursday on a proposed new national safety protocol to apply in workplaces. However, it is understood that trade unions considered a draft protocol, prepared by Government officials and presented in recent days, to fall far short of what was needed.

It is understood that detailed guidance will be given for workplaces in areas like social distancing and cleaning protocols; as well as around canteens and other gathering places. Office workers will be encouraged to work from home, and flexible working hours will also be encouraged when offices return to avoid overcrowding on public transport.

Builders hope to restart the construction industry by picking up work in almost complete sites, before moving to outdoor work on sites such as housing estates and then moving to new estates.

Businesses and manufacturing are expected to open in the early stages of the plan if they adhere to social distancing and health rules.

The Health and Safety Authority and environmental protection officers from councils are understood to be tasked with ensuring such requirements are met.

Minister for Business Heather Humphreys told the Dáil all businesses must adhere to the guidelines when they re-open. She said they would be backed up “through inspections and enforcement using the full suite of resources available across the State”.

Separately, Minister for Justice Charlie Flanagan has said An Garda Síochána is planning an “extensive” operation this bank holiday weekend to ensure that the public adhere to travel restrictions.