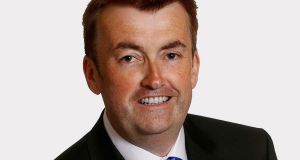 “The first thing you notice, even if you have a lot of experience between the council and in the policy area, is that doing the job is completely different than you imagine it to be.

“That was particularly so with committee work. You are thrown into the deep end. You have to bring yourself up to speed immediately. It’s a very steep learning curve. I am on the Justice Committee, which is the busiest; the Future of Water Services; the Budgetary Oversight Committee and the EU committee. They take up a lot of time.

“The most rewarding thing for me so far is the small Bill on famine commemoration that I drafted. It was a very interesting thing to do. It is at committee stage now.

If there was an election and a majority government or coalition was elected, I think they would get rid of of a lot of the changes that have been made

“The thing about being a Government backbench TD is that I have nothing else to compare it to. I have not been in opposition. I would think that it’s better being in government than in opposition as you have a chance to contribute and to work on things.

“I don’t like the term ‘new politics’. If there was an election and a majority government or coalition was elected, I think they would get rid of of a lot of the changes that have been made.

“There have been some good things. But new politics has brought its fair share of problems to the system. The Dáil spends a lot of time talking about things and not legislating as it should. There is no guillotine. There is endless debate without real progress being made on issues.”