Bumpy road but Independent Alliance holds its own in Government 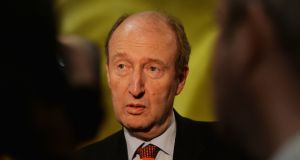 Shane Ross: his reluctance to make appointments to State boards and his refusal to intervene in the Bus Éireann dispute has prompted harsh political and media criticism 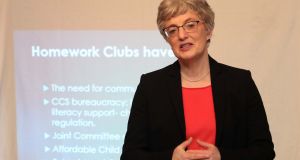 Katherine Zappone: she emerged relatively unscathed when the crisis over Garda whistleblower Maurice McCabe brought the Government to the cliff-edge

Independent TDs could not believe their luck when the general election result and lengthy negotiations propelled them into Government.

Two Independents – Katherine Zappone, elected to the Dáil on her first attempt after a term as a Taoiseach-nominated Senator, and Denis Naughten, a former long-term Fine Gael TD who knows the party inside out – did their own deals to sit at Cabinet as senior Ministers.

The Independent Alliance of Shane Ross, Finian McGrath, John Halligan, Sean Canney and Kevin “Boxer” Moran negotiated together for a senior ministry, Super-Junior and one other Minister of State role. Canney will hand over the job of Minister of State for the OPW to Moran in May on the assumption that the Government survives.

Then Alliance member Michael Fitzmaurice left the group as it entered Government, remaining an Independent on the Opposition benches.

The Independent Alliance enjoyed a brief moment in the sun and hopeful comments about the potential of new politics for a minority Government and for the Dáil itself.

But teething problems were quick to emerge. Halligan was vociferous in a Government row over a second cath lab for Waterford hospital. As it continues to rumble following a compromise about a mobile lab, Halligan has managed to remain part of the Government and yet detached.

A serious breach erupted over Cabinet collective responsibility, and Taoiseach Enda Kenny was the first to blink when the Alliance members insisted on a free vote because they planned to back an Opposition Private Members’ Motion on abortion.

Naughten and Zappone have trod their own path, keeping generally low profiles. The Minister for Children emerged relatively unscathed when the crisis over Garda whistleblower Maurice McCabe brought the Government to the cliff-edge over whether relevant Ministers had been informed about the Minister’s meeting with the McCabe family and a Tusla file.

Alliance members have been loud about themselves but they have had to be to keep their side up in an increasingly vulnerable administration. As individuals they have been lucky that all the negative focus has been on Minister for Transport Shane Ross.

The Independents4Change group has been equally high profile in a number of campaigns, including the Garda whistleblower controversies that have threatened the Government’s survival

His Alliance colleagues have supported him in his insistent demands for independent judicial appointments, which has done him no harm in his own constituency.

Yet his reluctance to make appointments to State boards and his refusal to intervene in the Bus Éireann dispute has prompted harsh political and media criticism, and questions about his suitability for government.

The other Alliance members have fared better in adapting to Government, albeit in less senior roles. One member says while they have always been in opposition as Independents, they have also reached agreements on councils at local level.

The 2016 general election saw the numbers of Independent TDs and smaller parties mushroom to a highest ever haul of 33 seats. Yet their future is uncertain, and history has not been on the side of smaller parties.

Coalition government resulted in a huge drop from 36 seats to seven for the Labour Party. The Green Party lost all six of its seats in 2011 after coalition with Fianna Fáil. Now back with two seats in competitive constituencies, the Greens are focusing on building their base, hence the reluctance to get involved in government-formation talks.

The left-wing Anti-Austerity Alliance People Before Profit grouping prospers, with the campaign against water charges a major success. It is in aggressive competition with Sinn Féin for that urban vote, and has overtaken Labour in pushing for the repeal of the Eighth Amendment on abortion.

The Independents4Change group has been equally high profile in a number of campaigns, including the Garda whistleblower controversies that have threatened the Government’s survival.

An informal grouping of conservative rural TDs operates as sole traders but they work together in a loose arrangement. They have had some success with Private Members’ Motions.

Independent TDs have come and gone, though a small number have successfully served their constituencies for lengthy periods.

For some TDs the Dáil has been utterly frustrating, with its increasing bureaucracy and slow pace of action.

A number expressed disillusionment at the politicking involved in getting a “big” job, getting a promotion or just keeping their job as a TD with the compromise of principles involved.

One Alliance member, acknowledging the uncertainty of tenure, has reminded those who refused to engage in government-formation talks that “the worst day in government is still better than the best in opposition”.