Coalition will be deeply disappointed with exit poll results

Stephen Collins: Ahead of count, question remains as to how a government will be formed 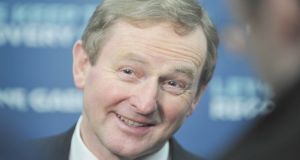 Fine Gael’s emphasis on reducing taxes may have appealed to middle class voters but it failed to gain traction with the wider electorate. Photograph: Peter Crawley

Both Coalition parties will be deeply disappointed by the results of the Irish Times Ipsos MRBI exit poll which shows them likely to fall far short of the number of seats required to see the Government returned in its present form.

Fine Gael and Labour had confidently expected to benefit from a swing in their favour during the campaign but it simply failed to emerge and they ended it on the same level of support they began.

The message about keeping the recovery going did not appeal to enough voters to ensure the Coalition’s return.

Fine Gael’s emphasis on reducing taxes may have appealed to middle class voters but it failed to gain traction with the wider electorate.

By contrast, Fianna Fáil has exceeded the expectations it had at the start of the campaign. Party leader Micheál Martin had the best campaign of any party leader and his message of fairness resonated with a wide swathe of the electorate.

That Fianna Fáil has narrowed the gap with Fine Gael to just over three percentage points just five years after the greatest disaster in the party’s history indicates how resilient it is.

Sinn Féin did well at 14.9 per cent but fell well below the kind of support it had been achieving in the opinion polls over the past four years. It will be interesting to see how that support level translates into seats.

The smaller parties and Independents also did well even if this had been flagged in advance by a range of opinion polls. The AAA/PBP will be a force to be reckoned with, particularly in Dublin while the Greens have made a bit of a comeback.

It is almost impossible to calculate how many seats the smaller parties and Independents have won on the basis of the exit poll but what is certain is that there will be a record number of them in the 32nd Dáil.

At this stage is looks as if Fine Gael will do well to get into the low to mid-50s but a lot will depend on how the transfers from Independents will break.

It is even more difficult to predict the number of seats the Labour Party will win with just under 8 per cent of the vote. Back in 1987 Labour won 12 seats on 6.4 per cent so there is no knowing whether a vote share of just below 8 per cent will spell the party’s doom or provide a lifeline to the future.

Fianna Fáil on close to 23 per cent should come close or even surpass its target of 40 seats and is clearly on the way back as a political force while Sinn Féin is continuing to grow despite forecasts that it was not going to do nearly as well as expected.

How a government will be formed from the membership of the incoming Dáil is the big imponderable. At this stage it appears that only some arrangement between Fine Gael and Fianna Fáil will be able to guarantee stability but both parties have firmly ruled out coalition.

Discussions between the parties about what happens next will have to await the result of the count and it is still far from certain how many seats each of the parties will have.