Celtic Tiger surpluses should have been put in ‘rainy day fund’ 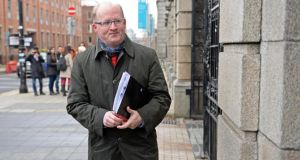 Budget surpluses recorded during the boom years should have been put away for a rainy day rather than used to fund tax cuts and ramped-up spending, the Oireachtas banking inquiry has heard.

Prof Philip Lane, of Trinity College Dublin, said tax revenues coming from increased construction activity such as Capital Gains Tax and Stamp Duty should have been regarded as “a windfall” rather than long-term revenues and set aside for less prosperous times.

“Such a rainy day fund could have provided dedicated funding for the recapitalisation of banks and/or the funding of a Nama-type asset management agency, while also providing supplementary resources for the general budget in the event of a severe downturn,” he said in his submission to the inquiry.

Prof Lane said financial crises elsewhere in the run-up to Ireland joining the euro should have highlighted the value of such a fund, but he acknowledged there were political pressures to spend when budget surpluses arose.

The National Pension Reserve Fund (NPRF), established to help pay pensions in the future, was different to a rainy day fund as it had a “long-term equity-focused portfolio” rather than offering easy access at a time of crisis, he said.

Prof Lane said Ireland had been forced to sell off equities from the NPRF at the bottom of the market because the State’s financial collapse coincided with the global financial crisis.

Asked by Fine Gael TD Eoghan Murphy whether those sales had been a mistake, Prof Lane replied that when your back is against the wall financially, you have to find funds. The fact the NPRF was available was important as it limited the need to borrow from elsewhere, he said.

After Ireland joined the single currency, Prof Lane said the level of Central Bank activity increased but it became more orientated towards the euro area.

He said that in the mid-2000s, when the scale of the boom was obvious, the Central Bank was paying attention to what was happening in the banking system but was “too slow and too reluctant” to make big decisions.

He said the Central Bank was diagnosing the risks but the issue was moving from diagnosis to action and managing those risks by restricting credit growth through mechanisms such as loan-to-value limits.

Prof Lane said had Ireland been outside the euro area when the recession hit, “there would have been a much deeper crisis - but maybe a faster recovery”.

There would have been more bankruptcies and living standards would have dropped further, but foreign creditors would perhaps have shown forbearance and struck deals on the debt, he said.