Call for amnesty for asylum seekers in direct provision 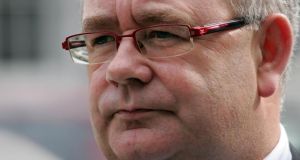 Seán Ó Fearghaíl: said the direct provision system was never envisaged as something that would last for more than six months

A senior figure in Fianna Fáil has called for an immediate amnesty for the 4,300 asylum seekers living in direct provision accommodation.

His intervention will place more pressure on the Government to review the controversial policy following the disclosures of the effects the lack of a right to work, the conditions of living accommodation, as well as the long waits for the process to be completed, have had on the 4,300 people living in the direct provision centres.

In a response to issues raised by the Lives in Limbo series in The Irish Times, the party’s foreign affairs spokesman Seán Ó Fearghaíl said it was “inhuman” the process continued for seven or eight years for some families and individuals, living in poor conditions of accommodation designed for short-term stays only.

Mr Ó Fearghaíl said he had visited some of the centres as a member of the Oireachtas Committee on Health and had witnessed “harrowing tales”.

Speaking on the Tonight Show on TV3, the Kildare South Deputy, who is also his party’s whip, said 68 per cent of those in direct accommodation were there for three years or more. “It behoves the Government to say there should be an amnesty for those 4,300 people.” He said the system should be scrapped and replaced.

Mr Ó Fearghaíl acknowledged the system of direct provision was introduced when Fianna Fáil was in government and said at the time the State had to take steps to deal with the massive influx of people. He said the direct provision system was never envisaged as something that would last for more than six months.

The problem related to the length of time it took for the process to be completed, and he said it was inhumane that it lasted seven years. He said the legal system moved very slowly and the opportunity to appeal was there at the end of each of the three processes. “We need a far more integrated process which is very fair, transparent, and gives a speedy response.”