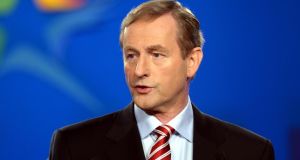 Enda Kenny has not made any public comments expressing a different view since his remarks in 2006. Photograph: Alan Betson/The Irish Times

The Cabinet is expected to discuss proposals to lower the age of consent from 17 to 16 at its final meeting before Christmas later today.

Fine Gael opposed the move in 2006, and Taoiseach Enda Kenny expressed reservations about the issue at that time.

Mr Kenny said it would send a “wrong signal to our children about values and standards”. He has not made any public comments expressing a different view since then.

Sources said a memo being brought to Cabinet by Minister for Justice Alan Shatter does not come down on either side of the argument.

It is part of the Criminal Law (Sexual Offences) Bill 2013, and the memo puts forwards arguments for both lowering the age and keeping the current level.

This is unusual in itself since memorandums brought by Ministers usually recommend a certain course of action.


Criminalisation
Among the arguments for lowering the age is that it would prevent the criminalisation of younger people, while one of the reasons for keeping it at 17 is a lower consent age would encourage inappropriate sexual activity at a younger age.

The Taoiseach’s reservations about the age of consent, as well as the differing views across the political spectrum, are believed to be among the reasons why it is being dealt with sensitively at Cabinet.

The memo also lists three actions to avoid “inappropriate prosecutions” of young people who engage in sexual activity with their peers.

One is to continue to use the discretion of the Director of Public Prosecutions; another is to allow a defence where a sexual act was consensual and between two people of “proximate age”; while a third is allowing a combination of the two.