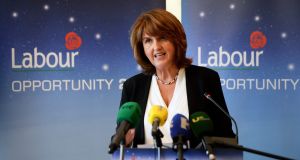 The Department of Social Protection overpaid €1.5 million a week in illness benefit last year, the Comptroller and Auditor General (C&AG) has found.

A report by the Office of the C&AG raises significant issues with the use of exchequer funds across a number of departments and agencies, with the new body Eircode singled out in particular.

It found significant overpayment by the Department of Social Protection to those claiming illness benefit and invalidity pension.

The report said the control of the schemes is inadequate and urged the department to address any deficiencies that exist.

In its response, the department said the number of new claims for disability schemes is increasing and it is an ongoing challenge to recruit the staff to assess the claims.

The C&AG report also raises a number of issues surrounding the School Meals Scheme, which is also operated by the Department of Social Protection.

It confirmed a number of payment irregularities in the scheme have been reported to An Garda Síochána.

Overpayments of up to €1.4 million were discovered by an internal audit of the scheme carried out between 2011 and 2013.

This was due to schools inflating pupil numbers, keeping inadequate records and failing to disclose other income, the report says.

The C&AG report calls for a re-examination of the school meals programme operated by the department.

“There has never been an evaluation of the school meals scheme by the department, to determine the extent to which it is reaching disadvantaged children, or whether it is having a beneficial impact on those children, thereby enabling them to take full advantage of the education being provided.

“Furthermore, the department has no guidelines in place as to how disadvantaged children should be identified in non-DEIS (Delivering Equality of Opportunity in Schools) situations.”

The office of the C&AG, headed by Seamus McCarthy, also confirmed that the purchase of Thornton Hall, as part of plans for a new jail in Co Dublin, has cost the State €50.6 million so far.

The site, which was bought in 2005, has never been used and lies empty.

The C&AG says the site was to be the replacement for Mountjoy, but the difficulties at that prison have been solved at a much cheaper cost.

The report said the State paid €29.9 million for the site, but the current value of the land is €2.4 million.

The 300-page report also reveals that the State Examinations Commission (SEC) made a settlement of almost €11 million last year.

This followed an audit of expenses paid to contract staff who were engaged by the SEC to run the Junior and Leaving Certs.

The report also highlighted the theft of a number of paintings from the State-acquired Killarney House.

An examination discovered 39 items, including 26 paintings, were missing from the property. The value of the missing items is estimated at €552,000.

The Department of Arts, Heritage and the Gaeltacht reported the loss to gardaí and the C&AG.

The report says: “A Garda investigation has been ongoing since 2012.

“Details of items recovered were requested as part of this examination.

“The department stated that, on the advice of An Garda Síochána, it was not in a position to provide this information.”