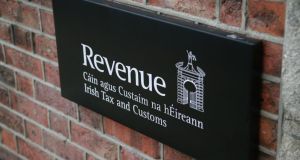 The number of people deferring the full property tax rose each year from 30,000 in 2013 to 58,000 last year. The figure dropped slightly to 57,000 for this year. Photograph: Nick Bradshaw

Almost 60,000 people in financial difficulty have deferred property tax payments worth more than €7 million, according to the latest figures.

Householders have delayed payment for numerous reasons including low income levels, current financial hardship, personal insolvency or as the “personal representative of a deceased person”.

Social Democrats TD Catherine Murphy called on Minister for Finance Paschal Donohoe to consider abolition of the 4 per cent penalty added to the tax bill of people who qualified for a deferral.

She said those deferring were in real financial difficulty and the 4 per cent interest rate “is a very harsh penalty rate”.

The Kildare North TD said she had come across cases where people offered to pay their tax through deductions from their social welfare payments, their sole income, but social welfare officials refused to deduct the payment because it was considered “the minimum necessary” for them to live on. “Yet they are considered liable for property tax,” she said.

The number of people deferring the full tax rose each year from 30,000 in 2013 to 58,000 last year. The figure dropped slightly to 57,000 for this year. Those partially deferring payment remained at a consistent 2,000 for each year from 2013 to November 2019 when the full six-year valuation period ends.

Mr Donohoe, who released the figures in a reply to a parliamentary question from Ms Murphy, said that once a deferral is granted it normally remains in place for the duration of the valuation period.

But he said the penalty for delaying payment is 4 per cent interest a year and “the outstanding liability remains as a charge on the property and must be paid before a sale or transfer can be completed”.

Ms Murphy also said: “I have come across people who make themselves poor by trying to keep their private health insurance while on a pension and they can’t pay their property tax.” They are facing a significant future penalty, she added.

Thousands of people will face huge property tax bills in November next year when the valuation period ends, she said.

Many pensioners, who wished to have their tax affairs in order before their deaths, were worried about the problems they would leave for their families.