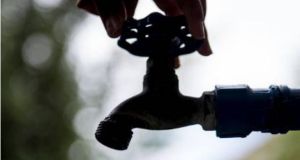 The planned amendment to the Constitution would stipulate that ownership of a water services authority must be retained by the State or a State-controlled body. File photograph: Getty Images

The outline of a proposed referendum to keep in public ownership any company or authority responsible for the supply of water services is to set to be approved by the Cabinet on Tuesday.

The planned amendment to the Constitution would stipulate that ownership of a water services authority must be retained by the State or a State-controlled body.

Minister for Housing Eoghan Murphy is expected to seek approval from Ministers to begin detailed drafting work on a new constitutional amendment, following concern expressed by the Government about the method for a water referendum contained in a number of Opposition Bills.

According to a memo to the Cabinet, a body that is under the control of the State is said to be one in which the State can determine the membership of its board. It is not yet clear if the Government has a date in mind for the mooted referendum.

Mr Murphy is asking his colleagues to approve the priority drafting of amendments to a Private Member’s Bill tabled by Dublin South Central TD Joan Collins in 2016. It proposed holding a referendum that would insert text into article 28 of the Constitution which would say: “The Government shall be collectively responsible for the protection, management and maintenance of the public water system. The Government shall ensure in the public interest that this resource remains in public ownership and management.”

The amendments to be drafted on foot of Tuesday’s anticipated Government decision would change the emphasis to the State having ownership of the entity responsible for water and waste water services as opposed to owning water resources, infrastructure or the public water system.

The move comes because of “critical flaws” identified by Attorney General Séamus Woulfe in Ms Collins’s initial Bill, including the risk that it would prevent Irish Water from entering into public-private partnerships, as well as other concerns.

The memo says advice from the Attorney General outlined that the flaws in Ms Collins’s Bill would be less likely to arise if the emphasis was changed to the “entity supplying the public water service rather than the public water system”.

The Attorney General’s office says more detailed drafting work can now be done on the precise wording of any referendum.

At the time, the committee noted that any referendum must be carefully worded to ensure it did not impact on group water schemes and individual domestic water supplies and their connections to private networks.

The memo from Mr Murphy says these concerns have been minimised and mitigated by the new approach.