Albert Reynolds in his own words

Quotes from the political career of the former taoiseach 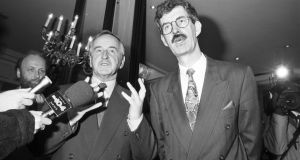 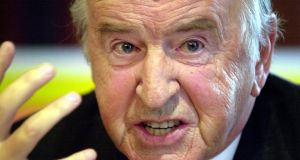 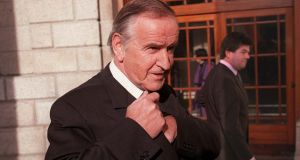 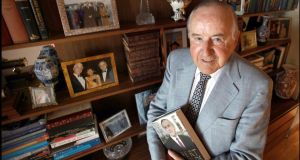 Former taoiseach Albert Reynolds photographed with a copy of his autobiography at his home. Photograph: Brenda Fitzsimons/The Irish Times

In his autobiography, Albert Reynolds described himself: “I was a businessman, a risk taker.”

He also wrote: “Although I never kept a diary, I kept in touch with my friends. Some were there in my early years, some were there later and stood by me in government or worked with me during the difficult early days of the peace process.”

Following the joint declaration on Peace in Northern Ireland in December 1993, the former taoiseach said: “I am convinced that nobody should be afraid of peace.”

“I was a risk-taker in politics and in business but I am quite happy that, having taken the risks, the success far outweighs the failures.”

Also during his final speech at the Dáil, Mr Reynolds said: “There’ll be another time when I will set the record straight.”

Speaking to the press corps in the Dáil gallery on the day he resigned, Mr Reynolds said: “You cross the big hurdles, and when you get to the small ones, you get tripped up.”