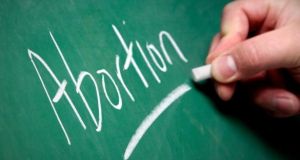 In a new survey, 22 candidates expressed views on abortion that differed from the position provided by their party.

A survey of parties and candidates has found that abortion is the issue with the highest level of internal disagreement within parties.

The survey covers a range of policy areas including taxation, water, wages, housing, health, education, immigration and the environment. It was distributed among election candidates from all parties, and their answers are available on the website whichcandidate.ie. Candidates were asked to identify their top priorities and were also asked a set of 22 questions on policy issues. They were given the option of providing their own answers to these questions or accepting the answers provided by their party.

The survey shows a very high level of party unity overall. While the vast majority of candidates have responded and provided information on the website, relatively few have opted to give different answers to the survey from those supplied by their party.

Sinn Féin is the most united of all the parties; none of their candidates dissented from the party line. Other parties are also highly cohesive on the vast majority of issues. For example, on the question of whether water charges should be boycotted, there were clear differences between parties but only three candidates took positions that differed from the party line.

On the question of abortion, 22 candidates expressed views that differed from the answer provided by their party. For example, Fianna Fáil said it support the current position whereby abortion is only permitted when the mother’s life is at risk (including risk of suicide), but 10 Fianna Fail candidates who responded to the survey disagree with this position.

Those candidates are evenly split between more liberal and more restrictive positions on abortion. For example, Lisa Chambers (Mayo) and Aoife Byrne (Wexford) favour extending the range of circumstances in which abortion is permitted and support a referendum on the Eighth Amendment, while John Brassil (Kerry) and Cormac Devlin (Dun Laoghaire) do not support abortion where the mother’s life is at risk from suicide, and are opposed to the referendum.

All candidate and party answers are available on the website whichcandidate.ie, and voters can take the same survey to see who they are most aligned with. The website is run by the department of politics at the University of Limerick in conjunction with The Irish Times and with funding from the Irish Research Council.