Abortion hearings to resume after request from Senator 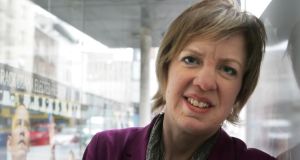 The Oireachtas health committee has agreed to a Government Senator’s request to resume abortion hearings to establish if fatal foetal abnormality legislation compatible with the Constitution can be drafted.

The committee, chaired by Jerry Buttimer of Fine Gael, held extensive hearings in early 2013 ahead of the drafting of contentious abortion legislation.

Labour Senator Ivana Bacik wrote to Mr Buttimer last week asking if the committee would undertake a review of relevant law to find out if fresh legislation could be drawn up without Constitutional amendment.

“We considered Senator Bacik’s approach. What we have agreed to do is put it in the work programme. We definitely won’t get to it before Easter because of our existing workload but hopefully before summer,” Mr Buttimer told The Irish Times.

“There is a willingness for people [on the committee] to look at the issue.”

Legislation to allow for abortion in cases of fatal foetal abnormality proposed by Independent TD Clare Daly was defeated in the Dáil last week, with Labour backbencher Anne Ferris voting against the Government in support of the Bill.

The Government received advice from the Attorney General that the text of the Protection of Life in Pregnancy (Amendment) (Fatal Foetal Abnormalities) Bill 2013 was not compatible with article 40.3.3 of the Constitution.

However, Ms Bacik said she believed it would be possible to create legislation within the constraints of the article to deal specifically with cases of fatal foetal abnormality.

She said the legislation would have to be highly restrictive in nature and could probably only apply to cases where there was no prospect of the foetus being born alive.

“I’m delighted to hear the health committee are putting it in their work programme. I think they are the appropriate body to examine this issue,” she said.

She stressed her belief that the eighth amendment needed to repealed “in the long term”.