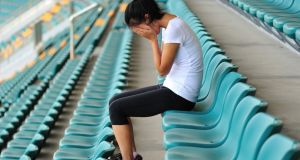 Chinese online loan sharks are targeting university students with demands of nude photographs as collateral for credit and threatening them with exposure if they don’t pay back the cash. Photograph: iStock

Chinese online loan sharks are targeting university students with demands of nude photographs as collateral for credit and threatening them with exposure if they don’t pay back the cash.

Underground private loan companies are preying on young borrowers online, many of whom can’t obtain credit from regular lending sources.

“They threaten to make the nude photos public if the borrowers fail to repay their debts with interest,” the Southern Metropolis Daily quoted an insider as saying.

Some of the students turned to the police for help, accompanied by their parents, after they were threatened with sexual violence or with having their naked photos published online, the newspaper reported.

One young woman who gave her name as Li Li said she had borrowed through an online lending platform. She told the Guangzhou-based newspaper Nandu Daily the loan sharks asked students to provide photocopies of their identity cards, student cards and family data, as well as the nude photos.

“Many students have borrowed money from loan sharks and left their nude photos with the lenders,” Li told local media.

Online peer-to-peer lending platforms have been growing quickly in China, where there were 780 million people online last year, but they have come under close scrunity since the Ezubao online lending site was discovered to have cheated 900,000 investors out of close to 50 billion yuan (€ 6.8 billion) in a giant Ponzi scheme in February.

One of the platforms allegedly involved in the scandal is JD Capital’s Jiedaibao. The site told the Global Times newspaper that the use of nude pictures as collateral for a loan was a private deal between users in which the company cannot interfere.

“We will warn users in the future to protect their privacy and urge them to contact the police if necessary,” a company spokesperson said.

Some of the online platforms hosting companies offering naked IOUs have issued notices urging their members to stop obtaining this kind of collateral.

Wang Sixin, a law professor at Communications University, told the Global Times that the lenders’ actions have clearly violated the law and also said that the peer-to-peer lending platforms bore some responsibility.

“Online lending platforms have a responsibility to supervise users who are doing business by using their services, including lenders. Online platforms should also be punished for their loose supervision,” Mr Wang said.

1:10 Putin claims his own daughter was part of Russia's Covid-19 vaccine trial