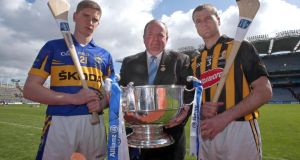 Kilkenny city will be the centre of attraction as the Bank Holiday weekend gets underway. The Kilkenny Roots Festival takes place across the weekend with a number of high-profile performers most notably Ryan Adams and Ray LaMontagne.

On Sunday the city will be packed for another event - the National League Hurling final at Nowlan Park between perennial rivals Kilkenny and Tipperary.

It will be a grudge match in particular for Tipperary given the 18 point humiliation suffered by them by Kilkenny in the All-Ireland semi-final last year.

A host of festival across the country take place this weekend on what is traditionally the start of the summer tourism season.

Limerick’s Riverfest 2013 takes place over the weekend using the River Shannon as the focal point with a display of powerboat racing.

The Coors Light Riverfest BBQ will be a day-long amateur competition featuring 100 chefs while the city’s pedestrianised Thomas Street will be turned into an open air catwalk with live fashion shows from the city’s best boutiques and a 17 piece jazz band.

The highlight of the weekend will be the Barrington Hospital’s Great Limerick Run which takes place on Sunday morning and will involve some 10,000 runners running distances from six miles to a full marathon.

The 8th Connemara Mussel Festival will be celebrated in the Renvyle Peninsula in north-west Connemara.

Father Ted devotees will make their annual pilgrimage to Kilfenora in Co Clare for TedFest. The event will include a tour of many of the locations from the Father Ted series, tea and cake at the Parochial House, a Lovely Girls contest and Ted’s Got Talent.

In Dublin, Phizzfest takes place in Phibsboro using the urban village for a celebration of the creative arts and waterways.

The Bray Jazz Festival, which has been taking place since 2000, returns this week with a high calibre line-up including the acclaimed singer and pianist Eliane Elias. Ballydehob in west Cork also has a jazz festival this weekend.

The Tipperary eco-village of Cloughjordan will devote a weekend to its most famous son - Thomas MacDonagh, one of the seven signatories of the Proclamation.

The highlight will be the opening of the Thomas MacDonagh Heritage Centre. The centre chronicles the life and legacy of the MacDonagh and Gifford families through items donated by MacDonagh’s surviving family. A highlight of the exhibition is a 19th century pianoforte which belonged to MacDonagh’s mother.

The Bealtaine festival which celebrates the creativity of older people takes place throughout the country this weekend.

The forecast for the weekend is better than of late with highs of between 12 and 16 degrees tomorrow. Sunday will be comfortably in the mid-teens. Mondays look like being the best day with temperatures getting as high as 19 degrees and it will stay mostly dry.