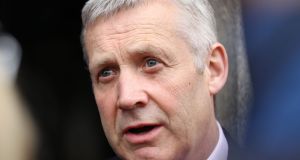 Irish Defence Forces personnel will depart for Mali next week as part of an EU military training mission in the west African country.

The eight personnel, three officers and five non-commissioned officers, will travel next Saturday for the mission, working as part of a joint infantry training team with British armed forces. It will include about 250 instructors and a further 200 personnel to provide security and support.

The State will bear the cost of Irish involvement in the mission which is estimated at €632,000. The UN mandate in Mali is for 15 months. Irish personnel will provide military training to the Malian forces along with instruction in areas such as command and control logistics, international humanitarian law and the protection of civilians and of human rights.

The Government last month approved the participation of Defence Forces personnel to the mission, which has been authorised by the UN. Irish participation in this mission did not require Dáil approval because there are fewer than 12 personnel participating.

Concerns were raised in the Dáil this week by the Opposition about allegations against the Malian forces for their treatment of Arabic and Tuareg minorities in the north of the country. But Minister of State Fergus O'Dowd said Irish personnel would not be involved in combat operations and he stressed their role in the provision of training on the protection of human rights.

He added that the involvement of Ireland and the EU represented “significant progress on the political aspects of the crisis”, as a result of which Malian leaders had delivered a “political transition roadmap”, which set the timeline for a return to full civilian government.