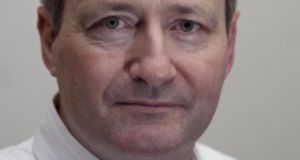 Irish-born director Gerard Ryle is at the helm of the International Consortium of Investigative Journalists (ICIJ), which is heading up the research and reporting on offshore account holders.

Ryle, whose family is from Tralee in Co Kerry, was appointed head of the ICIJ in July 2011 from his role as deputy editor at the Canberra Times. He has a strong family background in journalism.

Ryle cut his teeth at the Irish Press before he left for Australia in 1988, where he spent 12 years at the Sydney Morning Herald serving as its investigations editor among other roles.

During his time as an investigative reporter, he uncovered how orphaned babies were used for medical experiments, police corruption and crooked land deals.

He is also the author of Firepower , a book that looks at the scam of the “fuel pill”, which claimed to cut consumption and lower vehicle emissions. It is estimated Firepower chief executive Tim Johnston made almost $25 million from the brand.

Through his work, Ryle has won four Walkley Awards, the most prestigious prize for Australian journalism. He has received 12 nominations for the award.

With the launch of the investigation, Ryle said: “We already knew how secret and inaccessible the offshore industry is, but we were surprised by how vast and far-reaching it is. It draws its clients not only from the world’s super- wealthy, but also from everyday professionals from all around the world.”

The ICIJ has published a number of other key reports.