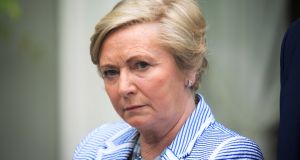 Minister for Justice Frances Fitzgerald. The Department of Justice and Equality is holding public meetings in relation to the National Women’s Strategy 2016 -2020.

On Nollaig na mBan, which falls on January 6th each year, and is a day when men traditionally take over care duties as women celebrate their Christmas, the National Women’s Council of Ireland (NWCI) is asking people to say what they want to happen for women in Ireland by 2020.

Calling for engagement with the National Women’s Strategy 2016 -2020, for which the Department of Justice and Equality is holding public meetings, the council is calling on women to make submissions.

“Issues such as abortion, violence against women and the gender pay gap dominated the news in 2016. It is clear that we are a long way off achieving our vision for women’s equality,” said NWCI director Orla O’Connor.

The new National Women’s Strategy is a “real opportunity to reflect on the diversity of women’s experiences” and offers an opportunity to have their voices heard and achieve a feminist future, she said.

“There are so many critical issues for women in Ireland in 2017; one in five will experience domestic violence in their lifetime, 4,000 women will travel every year to access abortion services that are not available in Ireland. Austerity budgets created such a divide between women’s and men’s earnings that the gender pay gap is 14.4 per cent and the gender pensions gap is 37 per cent.”

“The new National Women’s Strategy will be a big opportunity this year to really grapple with the underlying causes and consequences of women’s inequality.” It must be robust and ambitious, concrete and measurable, she said.

The Department of Justice will hold consultations on the new strategy this month – in Sligo on January 12th, in Athlone on January 16th and in Dublin on January 18th. For details, to register or to make individual contributions by written submission, see genderequality.ie.