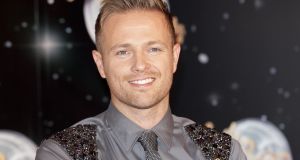 Having endured multiple failures through multiple formats, RTÉ has decided to dispense with a national competition and instead gone for a singer-songwriter combination which has had major commercial success in the past.

Hector penned seven Westlife number one singles, including Flying Without Wings, Swear It Again and World Of Our Own. He has an array of hits with other artists, including One Direction, All Saints, JLS, Olly Murs and Nicki Minaj.

Ronan Hardiman is best known for his work on Michael Flatley’s Lord of the Dance and Feet of Flames.

RTÉ will hope that fans of Westlife around Europe will help Ireland end a lamentable run of results and maybe even win the competition for the first time since 1996. Ireland failed to qualify for the finals in 2014 and 2015. In 2013, Ireland came last in the final. The most recent Irish top-10 finish in the Eurovision final was Jedward in 2011 with Lipstick.

RTÉ Television’s head of entertainment John McHugh said he and head of delegation Michael Kealy took a “serious look” at Ireland’s Eurovision entry as a result of recent failures.

“The competition is constantly evolving and RTÉ has to be flexible in how we approach it in order to put our best foot forward. Direct selection has proven to be a successful method for other countries and we felt that this year it would give us the best chance at success,” he said.

Byrne described Sunlight as “something different, something special”.

Hector said they had written a “song that we all love and believe in which is a great showcase for Nicky’s voice”.

Byrne will perform in the Eurovision semi-final in the Globe Arena in Stockholm on either Tuesday, 10th or Thursday, May 12th. The final will take place in Sweden on Saturday, May 14th.

The draw to decide which semi-final Ireland will participate in will take place at the end of January.