Tourism industry hails 2013 as a success 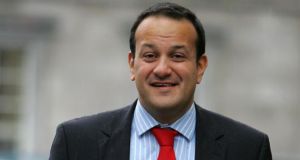 The tourism industry is on course to deliver 7.5 million visitors next year to Ireland and between 5,000 and 6,000 new jobs, its representative body has said. The ITIC wants the tourism policy review currently being undertaken by the Minister for Tourism Leo Varadkar to be “robustly evidenced based, responstive to international market trends, coordinated across the whole of Government, and transparent and consistent in its implementation”.

The tourism industry is on course to deliver 7.5 million visitors next year to Ireland and between 5,000 and 6,000 new jobs, its representative body has said.

In an upbeat assessment of both 2013 and 2014, the Irish Tourist Industry Confederation (ITIC) says conditions for the industry are more benign than they have been for five years.

ITIC chief executive Eamonn McKeon said “all the lights are green for go” for next year with improving economies in Ireland’s three biggest markets, the UK, the US and Germany.

“In no occasion in the past have we had a situation where the three top economies are all good at the same time.”

In addition new air and sea routes will help boost visitor numbers next year as will the opening of the Wild Atlantic Way, ITIC maintain.

ITIC is the latest tourism related organisation to deliver good news about the industry which has increased employment numbers by 15,000 in two years, bouyed by The Gathering this year.

The confederation is particularly optimistic about the British market which still accounts for 42 per cent of all overseas visitors to Ireland and suffered the biggest decline since the recession started in 2008.

The number of British visitors this year is just short of three million, an improvement on last year, but still well down on the peak of 2007 when four million visitors came.

Mr McKeon said the British market had been in “massive decline” until the first half of this year and is 4 per cent up on last year.

He anticipated that more favourable exchange rates, improved value for money and a better British economy will see growth in the British market of between 6 per cent and 7 per cent next year. “We’re getting some breaks in that area now. We believe there is a lot of pent up demand in Britain.”

ITIC praised the Government for taking a pro-tourism outlook. Mr McKeon said retaining the 9 per cent VAT rate had saved jobs while abolishing the €3 travel tax has encouraged both Ryanair and Aer Lingus to introduce new routes.

“We’ve been downbeat in our outlook for so long and asking ourselves ‘will we ever be right again’ and there are many problems to be resolved in the overall economy,” he said.

“But it’s time for thinking more positively and for thinking about those industries who will give us the greatest return on growth.”

ITIC said the start of scheduled flights from Canada for the first time will help exploit a market which has underperformed and could lead to an increase in Canadian visitors from 175,000 to 350,000 over five years.

A record number of German visitors, 450,000 in total, came to Ireland this year, but ITIC said they only accounted for half of one per cent of all foreign trips taken by Germans and the market still had “massive potential” for growth.

A ten year review of the Irish tourism industry in 2003 anticipated that 10 million visitors would visit Ireland on an annual basis by this year. In 2007 a figure of 8 million visitors was achieved, but the global economic crisis stymied any attempt to get beyond that figure.

ITIC chairman Paul Carty said the 10 million figure can be achieved within five years if there is a supportive policy environment, a clear business strategy and appropriate investment.

For that to happen, Ireland had to retain the competitiveness it had gained since 2007.

ITIC wants the tourism policy review currently being undertaken by the Minister for Tourism Leo Varadkar to be “robustly evidenced based, responstive to international market trends, coordinated across the whole of Government, and transparent and consistent in its implementation”.