The Republic is named the most generous country in Europe 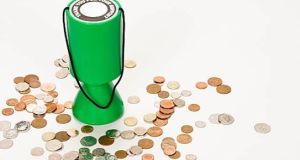 Ireland is the most generous country in Europe when it comes to charity giving and volunteering, according to new research.

The CAF is a London-based charity which has been in operation for 90 years and advises charities and businesses on giving.

The index states that 64 per cent of Irish people have helped a stranger in the last year, the same percentages have donated money to charity and 40 per cent have spent time volunteering.

Ireland is behind only Indonesia, Australia, New Zealand and the United States in the world index.

Ireland also ranks as the fifth most generous country in the world over a five-year period.

Myanmar is rated the most generous country in the world over the five years partially because 90 per cent of its people have donated to charity – a requirement under the Buddhist faith practised in the country.

The CAF World Giving Index records the number of people globally who helped a stranger in the past month, volunteered their time (21.1 per cent up from 20.8 per cent last year on a global basis) or gave money to a good cause (29.1 per cent, down slightly from 29.6 per cent last year).

A total of 150,000 people in 146 countries were surveyed as part of the Gallup World Poll.

“It is forever humbling to see how people across the world continue to be moved to help others, giving their time, donating money and helping strangers.

“It is a basic human instinct to lend a helping hand, and it is always amazing to see how people in countries which have suffered conflict and natural disasters are stirred to help those in need.”