The Question: Why is there a war on exclamation marks? 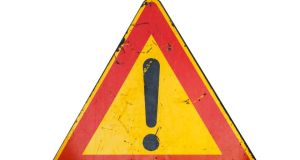 The 14th-century Florentine leader Coluccio Salutati is not exactly a household name today, but among his notable achievements is the earliest recorded use of the exclamation mark, in his 1399 manuscript “De nobilitate legum et medicine”. The theory goes that the mark derives from the Latin word “io” for joy, used in vertical orientation as a mark of admiration or appreciation.

It is fitting then to note the lack of admiration or appreciation from linguists and educators for the joyless authoritarianism of the UK department of education, which this week issued an edict demanding primary school pupils can only get credit for using exclamation marks in sentences beginning with “what” or “how”.

While the department denied the move was an attempt to counter the rise of the exclamation mark in digital communications, it certainly seems as if exclamation marks have become markedly more common with the rise of text messaging and social media, where it concisely conveys tone.

But that only shows how language is fluid, and word and punctuation varies with time and changing circumstance – and the written word is in the early stages of a transformation not seen since Gutenberg’s printing press. Only a generation or two ago, many people could virtually cease to write after finishing school if their jobs didn’t require it, but today we write constantly, in a wide variety of contexts. Language cannot be preserved in aspic any more than society can, despite the efforts of education policymakers.

Perhaps the language enforcement brigade is just warming up, and the war on unnecessary exclamation marks is a dress rehearsal for the inevitable day when they try to take a brave yet futile stand against the incorporation of emoji into our standard vocabulary. If he were alive today, Salutati might very well point out that emoji are perhaps best seen as descendants of manuscript illuminations, and thus should be celebrated rather than scorned.