The Question: should a photograph of murder win a prize? 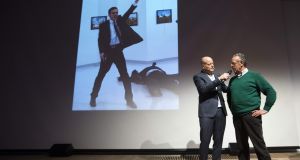 It is called An Assassination in Turkey, and that is exactly what it shows: besuited police officer Mevlut Mert Altintas shouting as he points his finger triumphantly in the air in an Ankara art gallery, moments after shooting Russian ambassador Andrei Karlov, whose body lies on the floor behind him.

The photograph, by Burhan Ozbilici, is a shocking depiction of violence, and this week it was selected as the World Press Photo of the year. Ozbilici certainly showed admirable bravery in capturing the moment – he was there by chance at the opening of an exhibition of photographs at which Karlov was speaking. One of the judges, Mary Calvert, described it as “an explosive image that really spoke to the hatred of our times”.

The decision, however, was not met with unanimous acclaim, with even the chair of the judging panel, Stuart Franklin, expressing his concerns. “I don’t think we can forget that this was a premeditated, staged murder at a press conference,” he said. “It seemed to me to reaffirm the compact between martyrdom and publicity.” 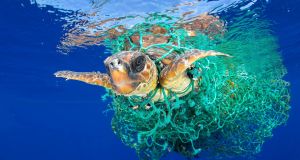 Franklin captures the ethical objection to the selection – the degree to which it glorifies the killer, and positions Karlov’s death as merely ancillary to the act of terrorism.

But the objection to the selection of Ozbilici’s image goes further than the ethics of the image itself, and extends to the representative power of the best photojournalism to capture deeper truths beyond the captured events.

The criteria for selecting a winner are broad, but it is rarely about picking an image from the year’s most important story. None of the category winners featured Donald Trump, for instance. Indeed, Lars Boering, World Press Photo’s managing director, has acknowledged that many of the winning photos in recent years “were more poetic and open to interpretation”.

Ambiguity certainly isn’t one of the qualities of Ozbilici’s photograph – the specificity of the situation constrains its representative significance – but perhaps the urgency of the moment compelled the judges to make a more visceral, literal choice.