The Question: Are we dumb to trust our smart gadgets?

The CIA can spy on us through our phones, TVs and cars. The internet of things will only make us more vulnerable 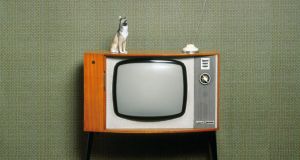 The image of our television screens being used as a tool of mass surveillance was a powerful visual metaphor in George Orwell’s Nineteen Eighty-Four. This week we received confirmation that 21st-century televisions, and many more of our gadgets, are capable of doing just that.

According to the files, the Central Intelligence Agency has been exploiting so-called zero-day vulnerabilities in Apple’s iOS and Google’s Android software to use smartphones – as well as smart TVs and potentially even cars – as spying devices. Instead of informing the technology giants about the vulnerabilities in their software, it appears the US agency is sitting on the info.

It’s hardly surprising to learn that the CIA has sophisticated spying tools at its disposal, but it should give us pause as we enter the era of the so-called internet of things, in which we are surrounded by smart, internet-connected devices that communicate with one another.

Some caveats have been underplayed in the reporting of the leak. In most cases, for example, the CIA tools seem to require access to the devices in order to compromise them, rather than merely being hacked over the internet.

But the fact of the leak itself suggests that these hacking tools are out in the wild, making all of us dramatically more vulnerable to surveillance via our devices, particularly as we enter the age of the internet of things. Before long it won’t be just TVs and fridges that are connected to the internet but also our light bulbs, thermostats and even door locks.

The larger concern is that many of these devices are inherently vulnerable. Just a few weeks ago it was revealed that the maker of an internet-connected teddy bear exposed more than two million voice recordings of children and parents to hackers.

As we weigh up the potential benefits of “smart” gadgets we must be conscious of the risks that they bring. Vault 7 only hints at them.